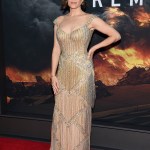 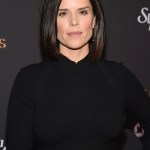 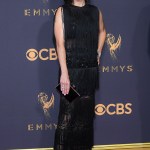 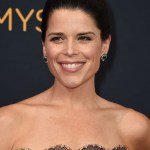 We all know Neve Campbell is a badass, and she brings it yet again in ‘Skyscraper.’ HL has an EXCLUSIVE video of the actress tackling the role of Sarah Sawyer, including a behind-the-scenes look at those intense fight scenes!

“Neve Campbell came to the table wanting to bring it,” Dwayne Johnson says in our EXCLUSIVE video. Neve Campbell plays the fierce role of Sarah Sawyer, a mother-of-two and the wife of Dwayne’s character. “It was really fun to sort of kick ass a bit,” Neve notes. Kicking butt is her specialty!

“Neve Campbell is a badass, and she shows it in this movie,” writer/director/producer Rawson Marshall Thurber says. Allan Poppleton, a supervising stunt and fight coordinator for Skyscraper, praised Neve’s fearlessness in the movie. “She got bashed around and thrown around. She was really, really into it,” he says.

For Neve, it was a lot of fun to learn those fight scenes! “I was a dancer, so I was very physical my whole life,” the actress reveals in the behind-the-scenes video. “For me to do stunt work is a lot fun because it’s choreography.” Neve is no stranger to intense fight scenes. She had to learn her fair share of fight scenes playing ultimate final girl Sidney Prescott in the Scream movies. Don’t mess with Neve!

Neve revealed on Good Morning America in July 2018 while promoting the film that she had spine surgery after filming Skyscraper. “I have a cage in my spine now,” she said. “I’m, like, the bionic woman… I had to carry Noah, the adorable little boy [in the movie], he’s little, but he’s, like, 65 pounds. I was a dancer, so my back was already a little compromised, but that was, like, the straw that broke the camel’s back.”

Skyscraper will be available on 4K Ultra HD, Blu-ray, DVD, and On Demand on Oct. 9. The film is also available on the digital movie app Movies Anywhere. Don’t miss this action-adventure!