What’s going on here?! Kylie Jenner was spotted hitting up a jewelry store with Jordyn Woods on Oct. 7 — could she have maybe been picking out her dream engagement ring?!

Eight months after the birth of their daughter, Kylie Jenner and Travis Scott have not taken their relationship to the next level just yet. However, the reality star was photographed hitting up a jewelry store in L.A. on Oct. 7, sparking speculation that she might be looking for some bling that the rapper could present her with! The beauty mogul was out with her BFF, Jordyn Woods, for the shopping trip, and it’s unclear what they looked at inside the store.

However, an engagement between Kylie and Travis certainly wouldn’t be a surprise — after all, they’ve been together for a year and a half now AND already have a baby together! Travis was actually in New York City this weekend, where he performed on Saturday Night Live. Kylie stayed at home with their baby, Stormi Webster, while he made the trip, but she watched everything go down on television as it aired on Oct. 6. She even referred to him as her “hubby” when she gushed over the performance on social media!

Meanwhile, Kylie has used this alone time to bond with Stormi, and shared some adorable videos of their time together on Instagram — including a video of Stormi practicing her kisses. Awww! 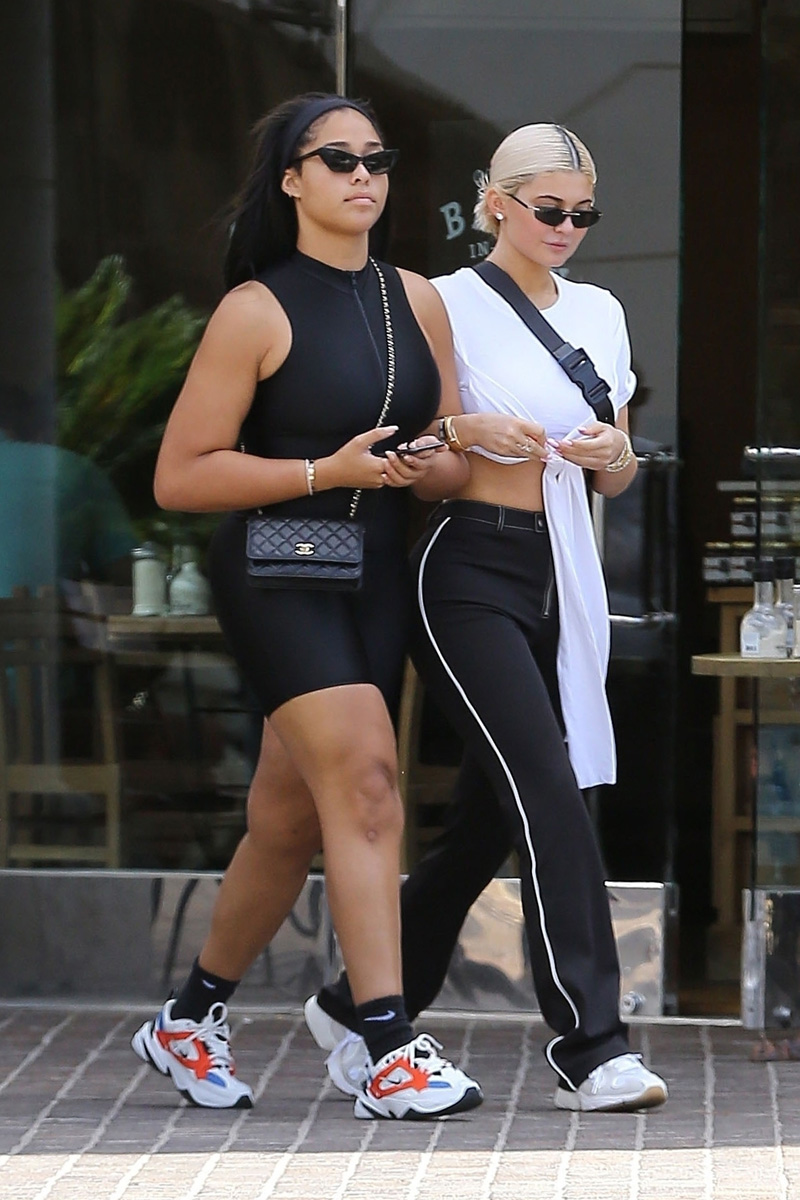 For the jewelry store outing, Kylie showed off her amazing post-baby bod in a pair of sweats and white crop top, which put her abs on full display. She had her blonde hair pulled back into a low bun, and wore tiny sunglasses as she linked arms with Jordyn as the paparazzi flashed away. Seriously, HOW did she just give birth eight months ago — SHE LOOKS AMAZING!