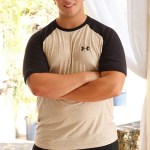 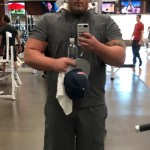 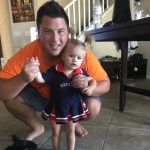 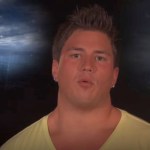 Reality TV star Vinny Foti is fighting for his life in hospital after suffering heart failure. Now his family is desperately pleading for help.

Vinny Foti – the 34-year-old former contestant on The Challenge – is battling for his life in a Las Vegas hospital. The stunning news was revealed on Oct. 5 when a family friend started a GoFundMe page to try to raise funds for the Foti family, which includes his wife Krista and two kids. Although little details have been given about the nature of his condition, a message on the page, says, “Our sweet, dear friend and co-worker Vinny Foti is in ICU with heart failure. He is on a ventilator and is sedated.”

The friend’s message added, “He is a loving father and husband. We are trying to help raise money for medical expenses and other things needed for the family.” It was also revealed that Vinny – who was in the show for three seasons from 2010 to 2012 – now has two daughters, Aria, 2, and Gianna, who is 2-months-old.

Vinny’s wife Krista posted an update a few hours later offering more details about her husband and it sounds quite bad. She wrote, “Thank you for the donations, shares, and likes. Our family feels really loved. I told Vinny what was going on even though he was still sleeping. I know he appreciates everything you guys have done.” She added, “They had to put another tube is his left lung to drain. He’s still in ICU and not getting off the ventilator for a few more days the [doctor] said. Dr. said we just got to take it day by day. I’ll keep everyone posted.” Friends rushed to donate to the fund, which has a $20,000 goal. So far – as of the publication of this article – $1,895 had been raised.

Since leaving The Challenge Vinny has been focusing on his family and working as a bartender at Wynn Casino in Las Vegas. His wife Krista is also a bartender in Vegas. This is a developing story.