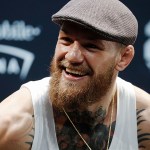 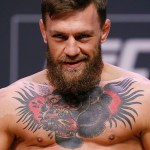 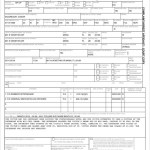 He’s back! After nearly two years away from the octagon, Conor McGregor returns to the UFC to fight Khabib Nurmagomedov at UFC 229. It’s a can’t-miss event so find out how to watch and more.

November 12, 2016. That was the last time Conor McGregor, 30, competed in Ultimate Fighting Championship, and since then, UFC/MMA fans have patiently waited until “The Notorious” one’s next fight. After getting beaten up by Floyd Mayweather in one of the biggest boxing matches in history, Conor’s back in the UFC and he’s gunning for the World Lightweight Championship. However, the man holding the belt is the undefeated Khabib Nurmagomedov, 30. It all goes down at UFC 229 on Oct. 6, so here’s all the details you need to know.

It’s a Pay-Per-View, so that means $$$. Barring a surprise return of Brock Lesnar, UFC 229 will be the biggest UFC event in 2018, so you know that it’s not going to be given away for free. This pay-per-view is going to run you around $64.99, give or take. UFC has a handy list of all the cable/satellite providers carrying the fight (plus, there’s UFC TV for those who want to stream it.) The other option is to watch the fight in a bar that’s broadcasting the event. Use the hand UFC Bar finder to locate a party near you.

Get ready for a late night. UFC 229 will take place at the T-Mobile Arena in Las Vegas, Nevada. The main card starts at 10 PM ET / 7 PM PT. With four other matches, it’s possible that the Khabib/Conor fight won’t start until past midnight on the East Coast. Those fights include: Ton Ferguson vs. Anthony Pettis in a lightweight bout; Dominick Reyes vs. Ovince Saint Preux, a light heavyweight fight; Alexander Volkov vs. Derrick Lewis, a heavyweight battle; and Michelle Waterson vs. Felice Herrig in a strawweight fight.

There will be a lot of fighting going on. UFC 229 really starts at 6:15 PM ET, with four early preliminary fights taking place on UFC Fight Pass. Then, the preliminary card will air on Fox Sports 1 at 8:00 PM ET.

Oh, it’s personal between these two. Remember how Conor was arrested in Brooklyn back in April after he attacked a bus with a handtruck (and subsequently ruined the planned UFC 223 card). Conor’s rampage was retaliation after Khabib got into a heated confrontation with Conor’s friend and teammate, Artem Lobov. Conor said that had Khabib stepped off the bus, he “would be in a box and I would be in a cell.”

So, who’s going to win? Khabib is 26-0. Conor is 21-3-0. Conor has a four-inch reach advantage, but also two years of “ring rust.” At time of publication. Khabib was the odds favorite to win. The Russian is considered “a beast on the ground,” per ESPN, and if he turns this fight into a wrestling match, many expect him to retain the Lightweight title via submission.

#Repost @themaclifeofficial ・・・ "I'm coming for that man's head from the fucking bell. Trust me on that." - @thenotoriousmma

Easier said than done. Conor has been away from the ring – and the UFC spotlight – for two years. It’s possible that during his time away, he worked on his perceived weakness (defensive grappling) to a point where he’s better than before.

Of course, Conor has not lost his edge when it comes to trash talk. “I don’t really care about his mentality or what [Khabib’s] thinking,” Conor said. “I do not give a f*ck. I am ruthless here. I am coming to put a hole in this man’s skull. …It’s another day, setting the bar high and knocking it out of the park. I plan on knocking that man’s nose straight into the nosebleeds.”