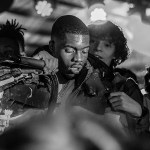 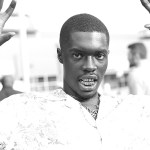 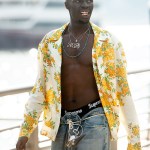 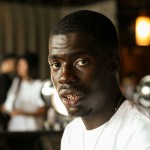 The highly anticipated debut album from Sheck Wes is here! We’re sharing everything you need to know about the rapper as he breaks out his first record!

It’s time to get dirty: Mudboy from Sheck Wes, 20, is out now, and the long-awaited album is a 14-track collection of songs worthy of bumping on repeat. The release marks Sheck’s first full-length LP, and features a slew of Soundcloud favorite tracks such as “Live SheckWes” and “Chippi Chippi.” The rap music newcomer has all eyes on him the day of his big debut, but for those who haven’t listened to the rapper yet – it’s time to get caught up! Here’s all you need to know about Sheck as he makes headlines with his first release.

Sheck got the ultimate stamp of approval when rap music king, Drake, invited him onstage! Back in August, Drizzy called on the emerging rapper to join him at a show, for a rendition of his viral hit “Mo Bamba.”

2. You’ve probably heard him rap before.

Does Sheck’s voice sound familiar? You’ve probably heard it. The emerging rapper landed himself a coveted spot on Travis Scott’s widely celebrated album, Astroworld. Track six on the record, “No Bystanders,” features a verse from Sheck, as well as Juice WRLD!

The mans a model! The fall campaign for GUESS was shot by Rays Corrupted Mind and tapped Sheck as the lead in the campaign. The new collection from the fashion house launches in-store October 12th!

The New York native rapper isn’t forgetting where he came from. In fact, he alludes to his concrete jungle roots often in his music, and in interviews. “I’m a mudboy. I came from the mud, oozed out the concrete. I’m not a rose. I’m a mudboy, I came from nothing,” he said in a 2018 interview with Pigeons & Planes.