Lyrica’s got a budding belly and she isn’t afraid to show it! The ‘Love & Hip Hop’ star pulled up her sweatshirt in a new pic to flaunt her bump. Take a look!

As if it wasn’t exciting enough that Lyrica Anderson, 29, and A1 Bentley, 31, announced that they were pregnant with a baby boy on Wendy Williams‘ talk show on Oct. 2, they hit fans with another big reveal — Lyrica’s baby bump! Not only did she show her belly off, but she kept her sweatshirt hiked up high to really flaunt the bare bump. She and her husband both were cradling it together in the sweet shot, but not even the mom-to-be’s massive wedding ring could distract from her tummy. We’re so excited for the Love & Hip Hop: Hollywood couple!

But even though her baby bump stole the show, we couldn’t help but be a little distracted by the huge smile on Lyrica’s face. There’s no denying that the pregnant reality star looks so excited for her little one to arrive. And even though A1 was wearing a more serious expression in the adorable picture, we bet he’s just as thrilled as he is. He was probably just focusing on getting the perfect mirror selfie! Lyrica told him that she was pregnant on a recent episode of L&HH: Hollywood, and he was pumped! Unfortunately, they’ve been battling drama over who their baby’s daddy is ever since.

That’s because co-star Safaree Samuels, 37, said he slept with Lyrica when she and A1 were on a break — even though the reality star denies that. So could he possibly be the father? 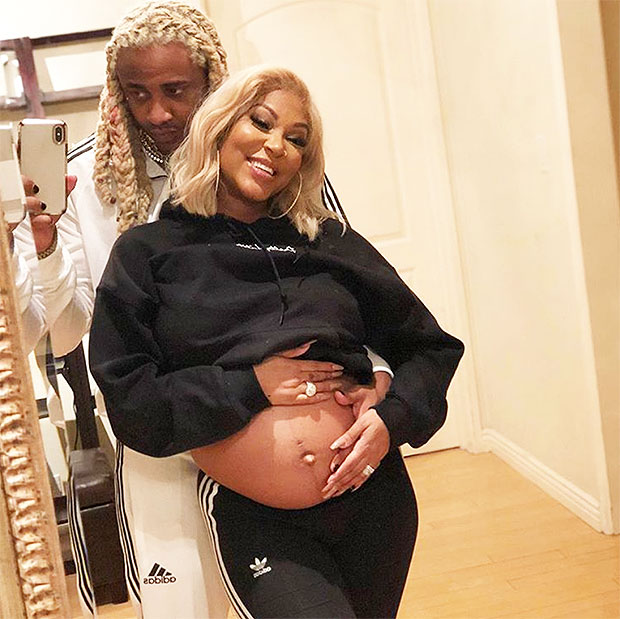 Only time will tell — Lyrica will be taking a DNA test to prove that he isn’t! Until then, we hope that the parents-to-be aren’t letting any of this drama detract from their pregnancy journey.