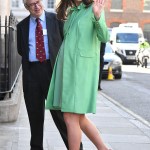 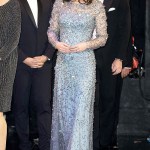 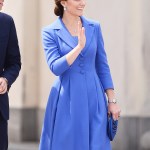 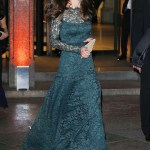 Keira Knightley is coming for Kate Middleton in a new essay, blasting the Duchess of Cambridge for setting unrealistic standards for what women should look like right after giving birth.

With the birth of all three of her children, Kate Middleton, 36, has left the hospital hours later looking stunning and flawless. Now actress Keira Knightley, 33, is slamming her for setting an unrealistic standard for new moms. The two women gave birth to daughters within a day of each other in May of 2015. Kate posed with newborn Princess Charlotte and husband Prince William, 36, on the steps of the Lindo Wing of St. Mary’s Hospital in London the same day she gave birth. “We stand and watch the TV screen. She [Kate] was out of hospital seven hours later with her face made up and high heels on. The face the world wants to see,” Keira writes in an essay “The Weaker Sex,” which appears in the collection Feminists Don’t Wear Pink (And Other Lies), curated by The Pink Protest’s cofounder Scarlett Curtis.

“Hide. Hide our pain, our bodies splitting, our breasts leaking, our hormones raging. Look beautiful. Look stylish, don’t show your battleground, Kate. Seven hours after your fight with life and death, seven hours after your body breaks open, and bloody, screaming life comes out. Don’t show. Don’t tell. Stand there with your girl and be shot by a pack of male photographers,” she continues.

Kate actually was in the hospital for 10 hours with Charlotte’s delivery and stayed overnight after giving birth to her first child Prince George, 5, in 2013. But she did stay a mere seven hours after delivering Prince Louis on April 23. He was her biggest baby yet, weighing in at  8lb, 7oz. In every case Kate left the hospital with perfect blown out hair and makeup and in custom Jenny Packham dresses.  But she had good reason for leaving the hospital quickly.  It helped get rid of the flood of paparazzi waiting outside for the photo-op of Kate and her newest royal baby. She also had a medical team at home in Kensington Palace who could assist her as well as any maternity ward according to the Telegraph.

Keira began her essay by sharing the gory details of what childbirth is actually like, detailing her delivery of daughter Edie. “My vagina split,” the first line reads. “You came out with your eyes open. Arms up in the air. Screaming. They put you on to me, covered in blood, vernix, your head misshapen from the birth canal. Pulsating, gasping, screaming.”

She continues, “You latched on to my breast immediately, hungrily, I remember the pain. The mouth clenched tight around my nipple, light sucking on and sucking out,” Keira adds. “I remember the sh*t, the vomit, the blood, the stitches. I remember my battleground. Your battleground and life pulsating. Surviving. And I am the weaker sex? You are?” Wow. There is definitely nothing glamorous about childbirth. It’s a wonder Kate was able to look so polished and put together hours after going through the experience Keira so vividly describes.