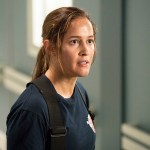 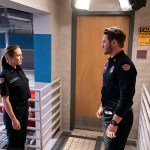 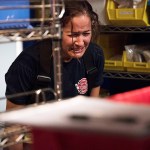 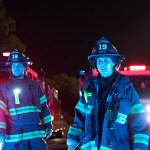 ‘Station 19’ returns Oct. 4, and it’s going to be an explosive season (pun intended). HollywoodLife spoke EXCLUSIVELY with Danielle Savre about what’s ahead for Maya in season 2! Get ready for spoilers!

The Station 19 season finale ended with one hell of a cliffhanger! Lives are hanging in the balance because of that raging skyscraper fire, and star Danielle Savre told HollywoodLife EXCLUSIVELY at the TCA summer press tour in Aug. 2018 that “someone might die.” This is Shondaland, so anything is possible. Danielle revealed that she asked her showrunner, Stacy McKee, “‘So, do you kill people only if they’re not nice on set?’ She was, like, ‘Oh no, we’ll kill anyone.’ I’m like, ‘Good, I’ll just live in a state of panic fo the rest of the show.'”

So, what’s ahead for our lovely and super fierce Maya in season 2? “What I can say is that you’re going to get to know about her past and about her life. We’re going to dig very deep into how she became a firefighter, how her and Andy became friends. You’re going to see a lot of that. We’ve shot so many flashbacks already.”

Shondaland is full of so many amazing actors. If Danielle could choose anyone from Shondaland to come back, it would be Sandra Oh. She is Cristina Yang, after all! And, hey, Station 19 is a Grey’s Anatomy spinoff! The synopsis for the Oct. 4 premiere reads: “Lives hang in the balance as the members of Station 19 continue to fight a raging inferno inside a skyscraper. Meanwhile, Pruitt’s health is in grave danger at Grey Sloan; and a seasoned firefighter with a mysterious past arrives at Station 19, leaving everyone to wonder what the future holds.” We’re on the edge of our seat already! Station 19 airs Thursdays at 9 p.m. on ABC as part of TGIT with Grey’s Anatomy and How To Get Away With Murder.