Like mother, like son! Jenelle’s youngest boy just had the very same surgery she did when she was little. We’ve got all the details on how his recovery is going!

Jenelle Evans, 26, had to take her son Kaiser, 4, to the hospital for his very first surgery, and the mother of three shared the scary experience with fans on Oct. 4. She posted a series of shots to Instagram, but the top two were the most striking. Little Kaiser was lying down in a hospital gown with a stuffed animal by his side and a smile on his face in the first, but crying on his mom’s chest and brandishing a hospital bracelet in the next. “My poor bubba!” Jenelle wrote. “After many many doctors appointments and tests… Kaiser had to get tubes in his ears and his adenoids removed like I did when I was little. Hearing test showed his hearing was down by 40% and now his ears have already improved, super happy for him! Prayers please for a speedy recovery, thanks!”

But as frightening as the hospital visit must have been for the Teen Mom 2 star, the mother/son pair did manage to have some fun while they were there. Jenelle also shared pics of Kaiser getting his hearing tested with headphones and messing around with a blown-up hospital glove balloon. His face was drawn on it, along with his name, and the young boy hugged it to his chest in the fifth and final photo. Fans were quick to flood the comments section of Jenelle’s post, but while most were words of support sending prayers her way, others devolved into savage vaccination debates. Yikes — not the time or the place for that! We just hope Kaiser is all good.

Not only did he have his first surgery, but the four-year-old has also been in the middle of a custody battle ever since Jenelle pulled a gun on a driver during in April. Kaiser’s mom has been fighting with his dad Nathan Griffith, 31, for full legal custody. 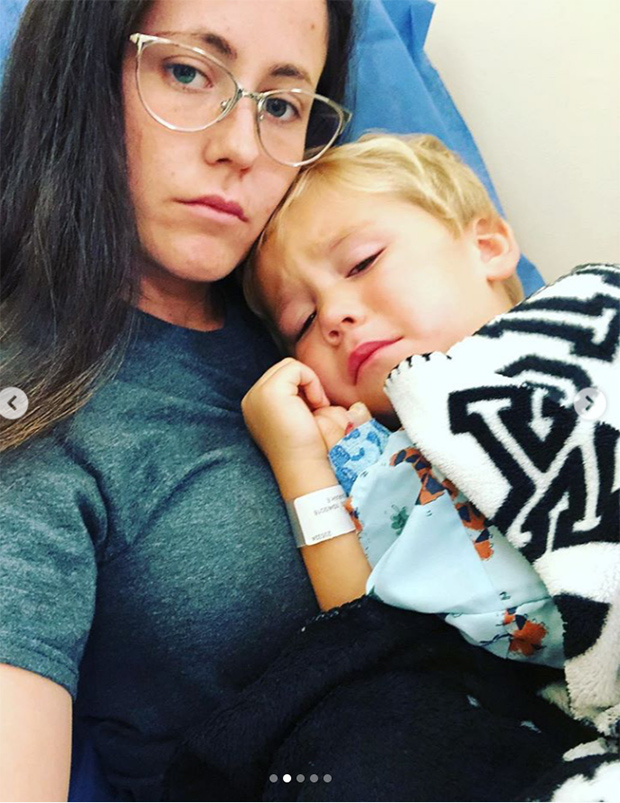 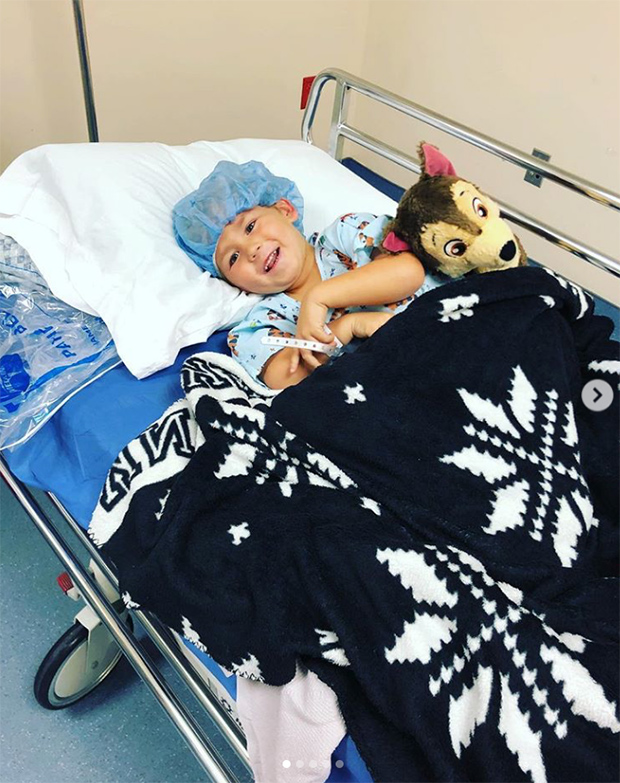 Here’s to hoping Kaiser’s ears are on the up and up from here on out — and that he gets some special treatment at home after his first surgery! The little one has four sibs at home — half-siblings Jace and Ensley, and step-siblings Maryssa and Kaden.