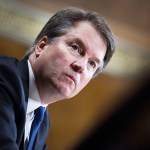 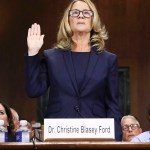 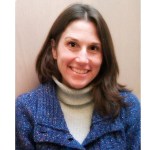 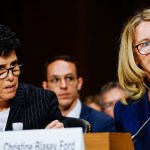 This is wild! Amy Schumer AND Emily Ratajkowski were two of the many protesters detained while peacefully protesting Supreme Court nominee Brett Kavanaugh!

What is going on?! Comedienne Amy Schumer was seen sitting on the floor of the Hart Senate Office Building on Capitol Hill with her hands behind her back, along with the dozens of fellow anti-Brett Kavanaugh protesters on Oct. 4th. Then, Emily Ratajkowski, who starred in I Feel Pretty with Amy, took to Instagram to reveal that she, too, was detained today while peacefully protesting the nomination of Supreme Court Justice Brett Kavanaugh. “Today I was arrested protesting the Supreme Court nomination of Brett Kavanaugh, a man who has been accused by multiple women of sexual assault. Men who hurt women can no longer be placed in positions of power,” Emily wrote on Insta. “Kavanaugh’s confirmation as a Justice of the Supreme Court of the United States is a message to women in this country that they do not matter. I demand a government that acknowledges, respects and supports women as much as it does men.”

On MSNBC, Amy was spotted sitting alongside other protesters against a wall, but she seems to be in good company, leaning over to chat with the women next to her. Earlier in the protest, Amy spoke to the crowd, saying, “No matter how this goes, they cannot keep us down. We will win. A vote for Kavanaugh is a vote saying women don’t matter.” She has taken to Instagram multiple times in the last few weeks to protest Kavanaugh’s nomination in a series of posts. Just yesterday, under a photo of an adorable baby girl, Amy begged for women and men to make noise about Kavanaugh’s SC nomination. “We need to stand up. I want to encourage anyone and everyone to get active if it’s with a post or a march or a donation. This is not a drill,” she wrote. “Show up for your sister and daughters and mothers. Show up! We will keep fighting. We see you Dr. Christine Blasey Ford and everyone else who told the truth no matter what happens ,we thank you, we love you, we are you.”

Actress Amy Schumer is detained with other anti-Kavanaugh protesters at the Hart Senate Office Bldg. atrium on Capitol Hill. pic.twitter.com/C8N0k97ZE9

The details surrounding the arrests of both Em Rata and Amy are unclear, but what is obvious is that these two women are standing up for what they believe in and using their voices, and for that, we are grateful.