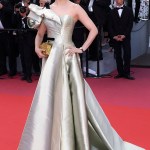 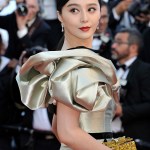 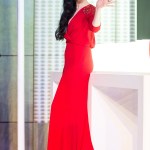 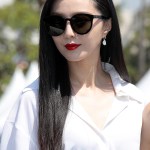 She hasn’t been seen since July and now, Fan Bingbing, one of China’s most famous actress, has been fined millions of dollars over alleged tax fraud. Get all the details on Fan and this scandal.

Fan Bingbing, 37, may not be a name that well known in America, but she’s one of the most famous people in China. The award-winning actress has appeared in countless movies and has appeared on many television shows. She’s also a singer, as she released her debut album in 2005. Yet, her name was trending worldwide not because of a new movie or single, but because of allegations of tax fraud. Fan, according to state-run news agency Xinhua (per The Guardian), has been ordered to pay $129 million in fines and unpaid taxes. If that wasn’t scandalous enough, she hasn’t been seen for months! Here are the details:

1. She has apologized for the “wrongdoing.” Fan and companies related to her were ordered to pay around $42 million in late taxes and fees, along with a fine of $86 million, according to CNN. Because she was a first time offender, the Chinese government said she could avoid any criminal charges if she pays all the money by an undisclosed deadline. “I sincerely apologize to everyone,” she said in a statement she reportedly posted to an official social media account. “As a public person I should be in compliance with the law and be an example for society and the industry.”

“In the face of economic benefits,” she added, “I should not lose my restraint and forsake administrative procedures that lead to violations of the law. Without the [Communist] party and the state’s good policies, without the love from the people, there would be no Fan Bingbing.”

2. Fan has been missing for months. Fan has not been seen in public since July. Her last public appearance was a visit to a children’s hospital. She stopped posting on social media around the time that Cui Yongyuan, a former presenter for state broadcaster CCTV, accused her of large-scale tax evasion. In a term that sound slightly racist, Cui accused Fan of using “ying-yang contracts” to lighten her tax burden. Celebrities supposedly sign two contracts: one with the actual salary and one with a lower figure, meant to fool the taxman.

3. Fan is one of China’s top-earning celebrities. In 2017, Forbes magazine said Fan was the top of its list of top-earning Chinese celebrities with an income of 300m yuan ($43 million.)

4. America has already gotten a glimpse of Fan. Fan portrayed the character of Blink in X-Men: Days of Future Past. She’s also stars alongside the upcoming spy thriller 355, alongside Jessica Chastain and Penelope Cruz. She’ll also have an appearance in the upcoming Bruce Willis film, Air Strike.

5. She’s engaged. Fan is considered an international fashion icon. She has turned heads at the Cannes Film Festival for years, to where fashion brands like Armani, Versace, Dior and Louis Vuitton want to dress her. Esquire’s China edition named her the “Most Beautiful Woman In The Year” in 2012. Just imagine the wedding gown she’s going to wear. She and actor Li Chen, 39, got engaged in September 2017. Perhaps Fan can get her brother to play the reception? Her younger brother, Fan Chengcheng, competed on the show Idol Producer. After finishing third in the competition, he is set to debut as one of the members of the boy band Nine Percent.