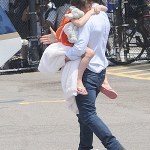 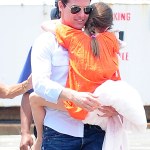 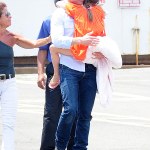 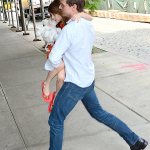 Tom Cruise hasn’t seen Suri ‘in years’ although he’s allowed over 10 days a month to do so, a shocking report claimed on Oct. 3. Here’s why, apparently.

Although a reunion between Tom Cruise, 56, and his daughter Suri, 12, has been in the talks, the Mission Impossible actor reportedly doesn’t want it to happen! While it’s been known that Tom shares custody with Katie Holmes, 39, after their 2012 divorce, his specific rights haven’t been stated…until supposedly now. Tom is allotted 10 days a month to see his daughter, but “chooses not to,” according to a Us Weekly report on Oct. 3. Why? “He chooses not to because [Katie] is not a Scientologist,” the source further claimed. HollywoodLife has reached out to Tom Cruise and Katie Holmes’ reps for a comment.

The public hasn’t seen pictures of Tom and Suri together since 2013. And as we’ve told you in June, the Top Gun actor has reportedly not seen his third child in five years, according to Star. When that report came forward, Scientology was also to blame. “Tom is a loyal Scientologist, so when church leaders told him he couldn’t see Suri, he didn’t question it,” the magazine source had claimed, but added that he was “dying to be a part of her life.” Tom seemed ready to cave after his 12-year-old child was reportedly “pleading” her dad to visit her via letters and voicemails, as we relayed on July 25. But today’s report flips that story: Tom is supposedly not planning on defying his religion!

Tom has two other children with his other ex-wife, Nicole Kidman, 51: Isabella, 25, and Connor, 23. Tom’s other daughter didn’t appear to be as estranged, at least as of two years ago. “Of course [we talk], they’re my parents. Anyone who says otherwise is full of sh*t,” Isabella told Daily Mail Online in 2016. Both Isabella and Connor are Scientologists. Despite all the reports, Tom’s not completely removed from Suri’s life. HollywoodLife learned that Tom does one annual gesture to show he still cares. “Suri gets a gift from Tom on her birthday every year and this year was no exception,” a source close to Katie EXCLUSIVELY told us on April 18, six days after Suri’s 12th birthday. “It’s not something Katie talks about though, beyond saying that Tom does always come through with gifts for things like birthdays and Christmas. She’s very tight-lipped.”