Confidence is SO sexy – just ask Rihanna. HollywoodLife.com EXCLUSIVELY learned that no matter her weight, Rih knows she’s ‘gorgeous’ and has no problem reminding people by flaunting her fierce figure.

Rihanna, one of the most gorgeous women on the planet, loves to show off her body. Shocker, right? Yet, the source of her sexiness is not just her body – it’s how she’s so comfortable in her own skin. Be it attending a Fenty event without a bra or wearing an outfit that shows she has legs for days, Rih struts like a queen. “Rihanna has a lot of self confidence when it comes to her looks and her body,” a source close to Rihanna EXCLUSIVELY tells HollywoodLife.com. “She knows she’s gorgeous and sexy and she has no problem flaunting her body.”

While she looks like a goddess, Rihanna is human and still deals with human struggles – including the occasional weight gain. How she deals, the insider tells HollywoodLife.com, is not giving a damn about it. “Rihanna is one of those women whose weight can fluctuate pretty easily, but whether she’s at her thinnest, or she’s looking curvier, she feels equally as sexy and beautiful.”

Rihanna feels just as foxy when she’s curvy as she does when she’s dropped a few pounds. As for trying keto, paleo or any other radical meal plan, the source says RiRi’s not “into dieting” but still tries to eat healthy. “But, that’s more for her wellbeing than weight issues. Her self confidence, and how she carries herself, is one of the sexiest things about her,” the insider adds. “She’s gorgeous and she knows it.” 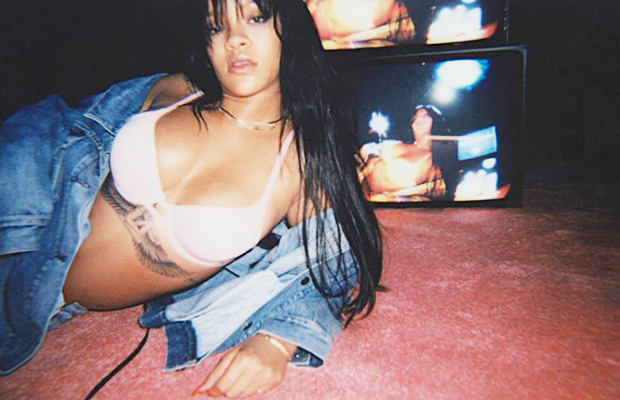 Rihanna has been turning heads lately. When she celebrated Fenty’s one-year anniversary at a Sephora in the Kings Plaza shopping center in Brooklyn (which was more glamorous than it sounds) she wore a strapless fuchsia Calvin Klein by Appointment dress that flaunted all her curves. From Brooklyn, Rihanna went worldwide, celebrating Fenty at a series of international events. It seems she left the bra back in Brooklyn, with all the undergarment-less looks she put on display. No bra? No problem. At this point, Rihanna could walk down a red carpet completely nude and she will still have that confident look on her face.