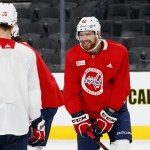 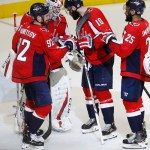 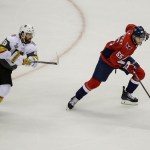 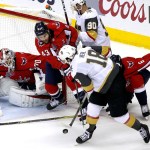 It’s October and for hockey fans, it’s the most wonderful time of the year. The 2018 NHL season kicks off tonight, so get all the info on how to watch, who this Gritty guy is, and more.

Ah, October. The colder weather brings post-season baseball, the arrival of pumpkin spice and for hockey lovers, the return of the NHL. The 2018-19 season kicks off on Oct. 3 with a four-pack of fabulous face-offs that will leave fans freaking out. Before the first puck drops, we’ve got all the info on how to stream the games, who will likely make it to the 2019 Stanley Cup playoffs, and when the defending champions, the Washington Capitols, will take to the ice.

NBC will broadcast the games this season, and you can watch more on NHL.TV. NBC and NBCSN will be the home of the NHL for the 2018-19 league (you can see the full broadcast schedule here.) NBC Sports will present 109 regular-season games, and will debut its new showcase, Wednesday Night Hockey. NBCSports.com and the NBC Sports App will provide live streaming coverage, but will require a paid television subscription (aka cable/satellite).

For those out-of-market games, fans might want to consider investing in NHL.tv. Fans can watch every live out-of-market game online after paying a certain subscription fee. There are three different package options, from getting All-Access to all the games or to watch one favorite out-of-market team all season. Click here for details about that.

Wait, who’s Gritty? Perhaps the biggest signing in the off-season was someone who will not play a single game, but will be at every Philadelphia Flyers home event. The team announced its new mascot, Gritty. With googly-eyes and a wild orange beard, the new mascot was terrifying at first (with so many people making memes about him.) However, he’s kind of grown on people, gaining 114k Twitter followers in just over a week.

Did someone say…. OCTOBER!?!

The Stanley Cup champs will help kick off the season. There’s a fearsome foursome of games on deck to help start the 2018-19 season on the right skate. The latest chapter in a rivalry colder than the Yukon, the Montreal Canadiens take on the Toronto Maple Leafs at 7:00 PM ET. The Stanley Cup-winning Washington Capitals battle the Boston Bruins at 7:30 PM ET. Over on the west coast, the Calgary Flames go head-to-head with the Vancouver Canucks (which, if you’re counting, makes two Canadian teams named after Canadians.) South of the border, it’s a showdown in California, as the Anaheim Ducks take on the San Jose Sharks.

Who is going to set the ice on fire this season? After seeing last season, where an expansion team nearly won the Stanley Cups (shout out to the Vegas Golden Knights), anything can happen. Yet, according to Deadspin’s Lauren Theisen, the Tampa Bay Lightning is probably going to be lighting up the scoreboard this year. The Nashville Predators, Winnipeg Jets, Pittsburgh Penguins, Maple Leafs, Golden Knights and defending champs, the Capitols, will likely make the post-season. Though, don’t hold us to that in April.