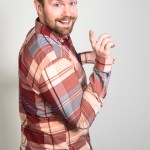 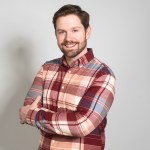 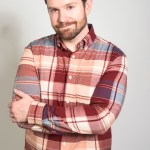 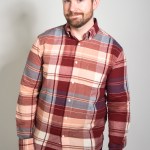 As we inch closer to the midterm elections on Nov. 6th, Rory O’Malley is making sure that every American is registered to vote through his initiative ‘Belt The Vote,’ and YOU are no exception!

Using your voice in our democracy is essential, and that’s never been more important, as we’ve seen in the last week with the Kavanaugh Hearing. Known for his Tony-nominated role as Elder McKinley in The Book Of Mormon, Rory O’Malley has been on a mission to belt the vote! “All my fellow Theater Nerds, we are getting together, and we have this movement called #BeltTheVote, because we don’t really rock the vote on Broadway, we belt the vote,” Rory explained in an EXCLUSIVE interview with HollywoodLife.com. “It’s easier to register and vote when you realize that it’s your community coming together. I think it’s important for every community you’re in whether, it’s theater or sports, whatever it is, that you have this conversation and the conversation for the theater community is Belt The Vote!”

Rory took on this initiative because he is a believer in the power of making your voice heard. “I take a lot of pride in being an American and I believe that having the right to vote is a super power in this country. Having that super power and being able to go into a voting booth and choose what direction I think this country needs to go in, is such a wonderful thing,” Rory revealed. “I don’t want to waste it. I don’t want to take it for granted. It’s like Ironman just leaving the suit in the closet. What a sad waste.” We couldn’t agree more! Rory’s Belt The Vote initiative has partnered with Michelle Obama‘s When We All Vote, and has people helping theatergoers register to vote throughout the country! “We have theaters all across the country from the Geffen in Los Angeles to American Reparatory Theater in Boston to my hometown Cleveland Playhouse to theaters in Texas, Maryland, all across the country and in universities, like Carnegie Mellon University,” the Broadway star explained. He added that he got a little help from his musical friends, like Sarah Bareilles, Andrew Rannells, Katrina Lenk and more to spread… or belt the message!

When it comes down to it, whether you’re a theater nerd, a football player, a pop singer, a politician, a stay at home mom, or none of the above — you can always be an activist. Join Rory and his friends in belting the vote this November 6th, and register to vote below in our Rock The Vote module!

Rory O’Malley is a Tony-nominated actor and singer. He is best known for his role in ‘The Book Of Mormon‘ in which he played Elder McKinley. Most recently, he starred as King George III in the national tour of ‘Hamilton.’ His next project will be on Lifetime’s American Princess.