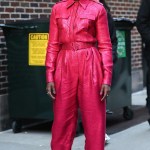 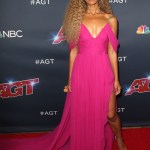 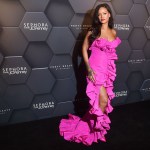 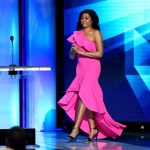 Any “Mean Girls” fan knows that today is sacred because not only is it Wednesday, but it’s Wednesday, October 3rd. In honor of Mean Girls Day, we rounded up pics of Rachel McAdams, Amanda Seyfried & more celebs wearing pink!

It’s been 14 years since Aaron Samuels asked Cady Heron what day it is, and yet we’re still here quoting Mean Girls. Thanks to some calendar gods, a few leap years, and the general creeping passage of time, October 3rd lands on a Wednesday this year. In honor of two iconic Mean Girls days colliding into one, we decided to celebrate by wearing pink (obvs). But if you need some outfit inspo for the day, we’ve got you covered. We put together a gallery of celebs – including the beloved film’s stars, Rachel McAdams, Lindsay Lohan, and Amanda Seyfried – rocking the feminine hue.

McAdams’ portrayal of Regina George was one for the ages, even if it wasn’t the role she received an Oscar nomination for (she was nominated for best supporting actress in 2016 for Spotlight). But while she isn’t a mean girl herself, McAdams, 39, still pays homage to Regina’s epic wardrobe from time to time.

After the 2016 Academy Awards and a win for Best Picture, the Time Traveler’s Wife star made her way to the Vanity Fair afterparty in a stunning millennial pink gown by Naeem Khan. The sequined dress featured a plunging neckline, a thigh-high slit and a train. Like Regina, McAdams was blonde at the time, and opted to pull her hair back into a tight updo. We’re sure that Gretchen Weiners would deem her pink lipgloss and dewy makeup as “so fetch.”

But McAdams isn’t the only celebrity who knows how to pull off pink! Get clicking through the gallery above to see even more looks that you’ll agree are really pretty. Happy Mean Girls Day!