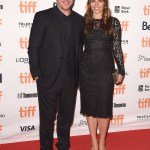 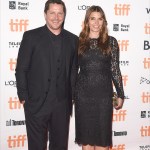 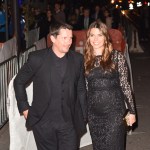 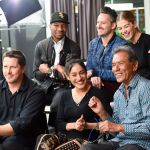 Christian Bale has undergone yet another insane transformation for a movie. He gained 40 pounds in order to play former vice president Dick Cheney for the film ‘Vice.’ Watch the trailer!

Actors regularly change their appearances for roles, but no one is on the same level as Christian Bale. He reportedly lost 60 pounds to play an emaciated insomniac in 2004’s The Machinist, only to gain it all back along with superhero-level muscle mass, in the six months before he began filming Batman Begins. He rocked a beer belly in American Hustle, which is a great departure from his lean physique in American Psycho. But his newest transformation might be his most dramatic yet.

In order to play Dick Cheney in the upcoming film, Vice, Bale shaved his head every day, plucked and bleached his eyebrows, and gained 40 pounds. Bale’s co-star Steve Carell (who portrays former Secretary of Defense Donald Rumsfeld) revealed that the Dark Knight star even did some unexpected exercises to fully complete the transformation into Cheney. “It’s not so much the weight gain but apparently he wanted his neck to be thicker for Cheney, so he’s doing neck exercises to thicken his,” Carell told Collider.

But Bale’s uncanny resemblance to Cheney wasn’t even a major concern for Academy Award-winning filmmaker Adam McKay, who previously directed Bale on The Big Short. “I’m not worried about him looking exactly like Dick Cheney, I’m worried about him getting into the essence of this guy who’s complicated—surprisingly or maybe not so surprisingly, depending on your view of him. I wanted Christian Bale to play him before I even started writing the script,” he told our sister site Deadline about why he chose the 44-year-old actor to play a 77-year-old former VP.

“I don’t know if there’s anyone like Christian Bale on the planet Earth… I’ve never seen anything like it, how he becomes a person,” he explained to the website. “What I wanted to avoid was, I didn’t just want someone to do an impression of Dick Cheney. What Christian Bale really does is he psychologically breaks someone apart and puts them back together again. I’ve never seen a process like it.”