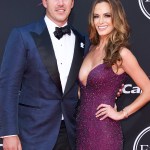 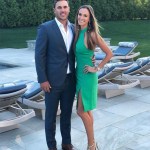 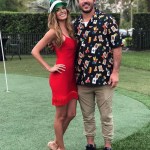 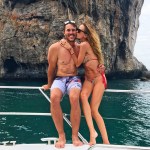 Fight? What fight? After reports claimed he and Dustin Johnson clashed over Paulina Gretzky and had to be separated, Brooks Koepka called the rumors of a fight ‘laughable.’

Who knew golf was a full-contact sport? In the wake of the United States’ Ryder Cup loss, Golf Digest reported that Dustin Johnson, 34, and Brooks Koepka, 28, had to be separated at a party, with Dustin’s fiancée, Paulina Gretzky, 29, being a “central figure” in the alleged incident. After his rep denied this story, Brooks decided to squash these rumors himself. “This Dustin thing I don’t get,” Brooks said to reporters on Oct. 3, according to Yahoo!. “There was no fight. There was no argument. He is one of my best friends; I love the kid to death.

“We talked on the phone Monday and yesterday. So tell me how we fought? I don’t know. People like to make a story and run with it. And this is not the first time a news story has gone out that isn’t true,” he added. “The whole thing is … I don’t get it. It’s actually quite funny to us. …It’s just laughable. I’d actually be curious to see who would win that fight, though. It would be interesting. It would be rough and rowdy. But we have never fought. That’s not our relationship.”

“We are two even-keeled guys. I can’t remember raising my voice to him. And I don’t think he has ever raised his voice to me. Ever, in our four years of friendship. That’s not who we are,” he concluded. As for the exact nature of Paulina’s involvement, it remains unclear. There’s speculation that the alleged fight started over Brooks comforting Paulina over Dustin allegedly cheating on Paulina with socialite Yassie Safai. Weeks ahead of the Ryder Cup, Paulina deleted all pictures of Dustin from her Instagram page, hinting that they were on the rocks. She even posted a sexy video of her in bed while the breakup song “I’d Be Jealous, Too” played in the background.

Though, much like how Brooks squashed the rumors of a fight, Paulina blew off the talk that she and Dustin are done. She was spotted together in Paris together on Sept. 26, ahead of the Ryder Cup. Plus, during the tournament, Paulina was Dustin’s biggest cheerleader, showering him with kisses while on the green. So, after hitting the bunker with Brooks and Paulina, it seems all is good between these three?