Brad Pitt just gets better with age! The actor was spotted with a sexy new do’ on the set of his latest film and we’re swooning! — Take a look at his sultry long hair!

Brad Pitt, 54, was photographed in full-on character for his new Quentin Tarantino film, Once Upon A Time in Hollywood on October 2! The actor was spotted with a noticeable new do’ — which featured long sultry locks — a hair style we’ve definitely seen him rock in the past. Brad’s long hair reminds of his character, J.D. in the 1991 classic, Thelma & Louise. See his look below!

As mentioned, Brad was in his full Cliff Booth character while on the Los angeles set. He donned a yellow Hawaiian shirt and blue jeans, along with aviator sunglasses. Also in photos with the actor were his fellow co-stars, Margaret Qualley, who plays Kitty Kat, and Lena Dunham, who portrays Gypsy. A cast member who was noticeably absent from the set photo was Leonardo DiCaprio. DiCaprio stars as Rick Dalton in the forthcoming film.

Once Upon A Time in Hollywood tells the story of a fading western TV star (DiCaprio), and his longtime stunt double (Pitt), as they struggle to adjust to a Hollywood they no longer recognize. DiCaprio’s character’s next-door neighbor, Sharon Tate will actually be played by his former Wolf of Wall Street on-screen lover, (Margot Robbie). Robbie’s character later becomes a victim of the Manson family’s infamous murders. 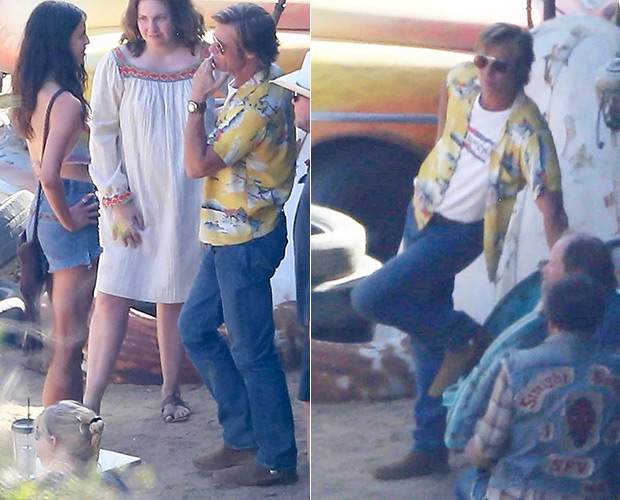 Brad Pitt, Lena Dunham and Margaret Qualley on set of their forthcoming Quentin Tarantino film, ‘Once Upon A Time in Hollywood’ on Tuesday, October 2, 2018. 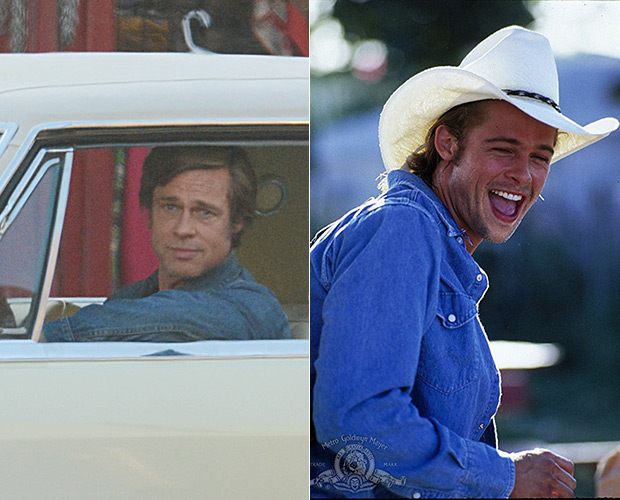