Rehab has done Ben Affleck’s body a world of good. He’s getting in such good shape in hopes of reprising his role as Batman one last time now that he’s sober and healthy.

What a difference a month makes! When estranged wife Jennifer Garner, 46, staged and intervention and checked estranged husband Ben Affleck, 46, into rehab for alleged alcohol issues on Aug. 22, 2018, his body was a bloated mess. He’s spent his time getting sober and being allowed to go on day trips home to work out in his personal gym. The results have paid off big time as he’s looking more fit and healthy that he has in ages and it’s all because he wants to play Batman one more time. He completely transformed his body for three films in which he appeared as the Dark Knight and he’s finally got his superhero physique back after letting himself go over the past year and a half.

“He is back in shape not only for his health but he has a new-found love on doing Batman at least one more time again. He feels he isn’t finished with what he wants to do with the character. There has been talk about replacing him, but he is now seeing what he might lose and really wants to play the character again. Especially seeing what Joaquin Phoenix is doing with the Joker character,” a source close to the actor/director tells HollywoodLife.com EXCLUSIVELY.

“He would really like to take the character of Batman and visit a more serious tone and side of the character and working with someone like Joaquin would absolutely spark his creative juices. He wants to figure something out with Warner Brothers to don the cape one more time,” the insider adds. 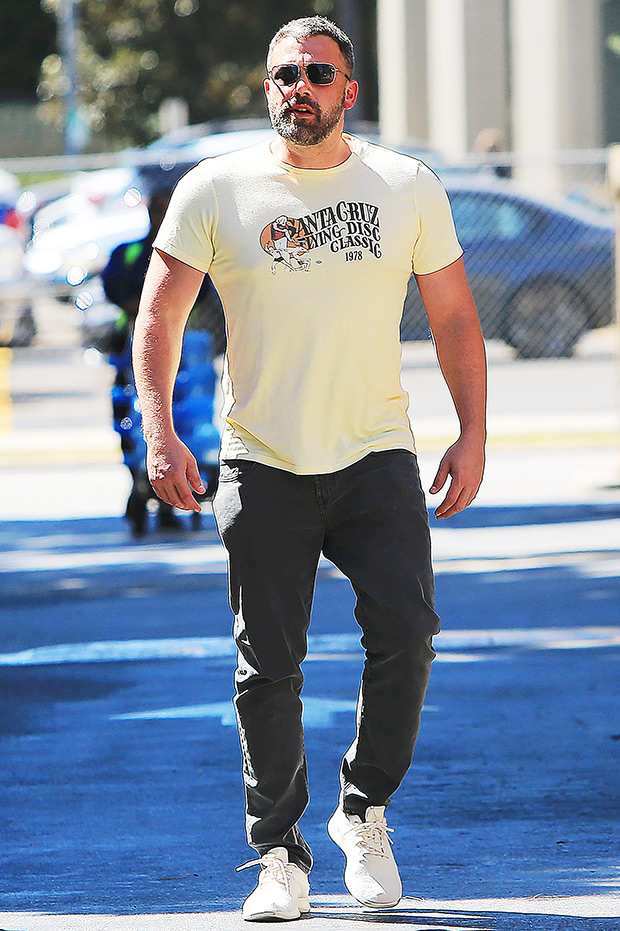 Fans mocked him as “Batfleck” when Warner Brothers announced in 2013 he’d step into the iconic role for a Man of Steel prequel alongside Henry Cavill as Superman. But Ben proved to be a solid Bruce Wayne and his alter ego when Batman Vs. Superman: Dawn of Justice hit theaters in 2016. It was a critical disaster though, earning just 27 percent fresh on Rotten Tomatoes and Ben looked so depressed on the press tour that it spawned the epic meme “Sad Affleck.”

That film was supposed to be the launch for a stand-alone Batman movie that Ben was scheduled to write and direct, as well as star in. He dropped out of the two former roles in 2017.  Director/writer Matt Reeves took over The Batman and reportedly plans to focus the film on a younger version of the character, which could freeze Ben out. The triple threat is still beloved by execs at Warner Brothers though, so if Ben really wants back in the Batsuit, they could find a way to make it happen.