Milo Manheim, 17, is pulling double duty on ABC! Not only is he competing on Dancing With the Stars season 27, he’s also going to be guest-starring on an upcoming episode of American Housewife, which will air later this month! Milo will be reuniting with his Zombies co-star Meg Donnelly, 18, on her hit comedy. Milo plays the lead actor of the school play Meg’s character, Taylor, is going to star in. Milo’s character, Pierce, is interested in being more than just friends with Taylor, but she’s already got a boyfriend!

HollywoodLife has the EXCLUSIVE first look photos from the episode. In our exclusive pictures, Milo’s character meets Taylor’s dad, Greg (Diedrich Bader), and her boyfriend, Tripp (Peyton Meyer). Pierce is the perfect charming guest, shaking Greg and Tripp’s hand after Taylor introduces him. Looks like everyone had a blast on set! Milo first revealed the exciting news in Aug. 2018 by posting an Instagram of his American Housewife script. “I may or may not be on American Housewife…” he captioned the photo. 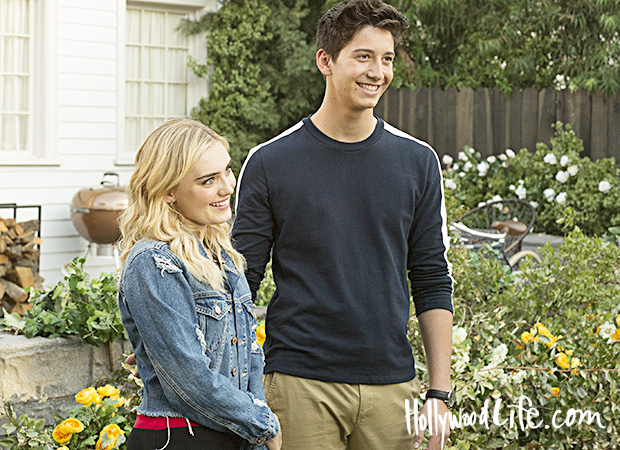 Milo and Meg starred in the hit 2018 Disney Channel Original Movie Zombies together as the adorable Zed and Addison. Let’s hope we’ll get to see these two sing on stage during their play on American Housewife! Now that would be awesome! Milo is currently paired with pro Witney Carson on Dancing With the Stars, which airs Mondays and Tuesdays at 8 p.m. on ABC. American Housewife, currently in its third season, airs Wednesdays at 8:30 p.m. on ABC. Zombies fans, could we get any luckier?!