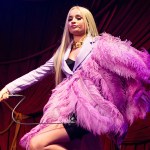 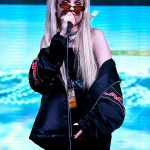 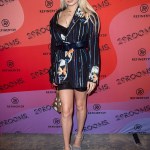 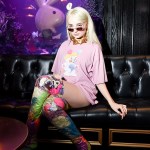 New music from Kim Petras is here! The German singer dropped her Halloween-inspired mixtape, ‘Turn Off The Light, Vol. 1’ on Oct. 1, and fans are loving it. Take a listen here!

October 1 means Halloween month is officially upon us, and Kim Petras is BEYOND ready! She even kicked off the month by releasing a whole Mixtape inspired by the spooky holiday called Turn Off The Light, Vol. 1. The project features eight songs, including several with creepy titles like “Boo! Bitch!” and “Tell Me It’s A Nightmare.” In the lead up to the release, Kim posted several photos on Instagram of herself wearing VERY creepy Halloween makeup, and fans have been anxiously waiting for these songs to come out. Now that they’re here, Kim’s loyal followers are stoked.

“Kim Petras coming to save pop music with her spooky mixtape,” one person wrote. Someone else added, “Kim Petras is literally saving pop music, there are no words I’m in tears,” and another tweeted, “I never woulda thought Kim Petras would be the pop girl to release a Halloween album. but I stan forever now, that’s what’s up.” You can listen to the full Mixtape below and get a taste of what everyone’s raving about for yourself!

Before she even started recording music, Kim made headlines in Europe for undergoing a gender transition at the young age of 12. She completed her gender reassignment in 2008 at the age of 16. It wasn’t until 2017 that Petra finally released her first single, although she had begun writing music throughout her teen years.

Kim has released several singles throughout the last two years, but this is her first project, aside from a Feb. 2018 release for Spotify Sessions. Watch out because this pop star is about to take the world by storm!