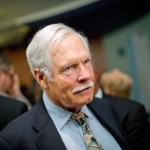 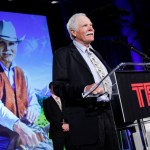 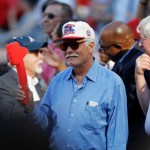 Ted Turner has sadly revealed that he is suffering from a form of dementia called Lewy body disease and it’s been causing him forgetfulness. Here are five things you should know about the brain disorder.

Ted Turner, 79, the billionaire who founded CNN, shockingly revealed that he is battling Lewy body disease, a common cause of dementia, in a revealing interview that is set to air on CBS Sunday Morning on Sept. 30. The disease has been causing Ted to forget things and feel exhausted throughout the days and that proved true in his interview, which took place at his 113,000-acre ranch near Bozeman, Montana, when he forgot the name of the disease. “I also have got, let’s – the one that’s – I can’t remember the name of it,” he started. “Dementia. I can’t remember what my disease is.” So, what exactly is Lewy body disease and how does it cause dementia? Here’s everything you should know.

1.) It is one of the most common causes of dementia with elderly people. “It’s a mild case of what people have as Alzheimer’s,” Ted explained in his CBS interview. “It’s similar to that. But not nearly as bad. Alzheimer’s is fatal.” Lewy body disease is a brain disorder that happens when abnormal structures called Lewy bodies build up in areas of the brain and cause it to not function properly which leads to symptoms of dementia. Dementia happens when a person loses mental functions such as remembering how to do certain things or say certain words. The disease usually starts showing symptoms between the ages of 50 and 85.

2.) Due to its similar symptoms of other diseases, it can be hard to diagnose. Parkinson’s disease and Alzheimer’s disease also affect mental functions so there can be similarities present such as loss of memory. Ted was even misdiagnosed by doctors at first who mistook his Lewy body disease for manic depression after he experienced euphoric highs and dark lows. In addition to forgetfulness, some of the regular symptoms of Lewy body disease include hallucinations, muscle stiffness, problems with movement of the body and changes in attention.

3.) There is no cure. Although Ted explained that the disease is not as progressive as Alzheimer’s, there is still no cure and the only way to manage it is through regular treatment. According to the Lewy Body Dementia Association, treatment usually involves various drugs and/or physical and speech therapy that can help in stopping or calming down symptoms that affect the person’s ability to get through everyday life.

4.) Early and accurate diagnosis of Lewy body disease is important. If a person is misdiagnosed and prescribed medication for a similar disease, such as Parkinson’s, it can actually cause symptoms to worsen. However, sometimes the same medications are prescribed for Lewy body disease patients as Alzheimer’s and Parkinson’s but the way the body reacts depends on the person. It’s also important that a person correctly diagnosed starts treatment as soon as possible since it will help to get the disease under control.

5.) The disease is still being researched. Like other dementia-related diseases, Lewy body disease is thoroughly being researched every day in hopes that more effective treatment or even a cure can someday be a reality. Some of the ways officials research the disease is through patients’ screening questionnaires and biomarkers. There is currently no specific test for diagnosis of Lewy body disease and patients are only treated based on the symptoms.