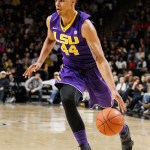 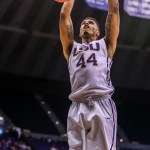 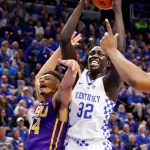 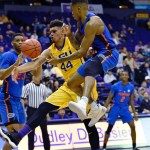 Louisiana State University has lost one of their own. LSU forward Wayde Sims died on Sept. 28 after a shooting. He was just 20 years old. Check out these 5 facts about Wayde and the investigation regarding his tragic and sudden death.

1. Wayde was shot in the early hours of Sept. 28. He was shot at a Subway restaurant near Southern University’s football stadium at approximately 1:25 a.m. on Sept. 28, according to ESPN. The basketball player was then taken to the hospital with a gunshot wound and later died to his injury.

2. His death is being treated as a homicide. The investigation into Wayde’s death is currently ongoing, but police have classified his death as a homicide, according to USA Today. The Baton Rouge police have not named any suspects yet.

3. He was a junior at LSU. He was a kinesiology major. During LSU’s previous basketball season, the 6-foot-6 forward started 10 games and averaged 5.6 points a game.

4. He was a Louisiana native. Wayde grew up in the Baton Rouge area and was named Louisiana Gatorade Player of the Year after his junior year in high school. His father also played basketball for the LSU Tigers.

5. LSU basketball season starts in just a few weeks. The basketball team’s first game of the upcoming season is scheduled at home for Nov. 6 against Southeastern Louisiana University. The basketball team has not released a statement yet regarding the loss of Wayde. One of his fellow teammates, Aaron Epps, mourned Wayde’s death on Twitter. “Lil bro was such a caring individual man I’m hurt. RIP Wayde #Forever44,” Aaron tweeted. Wayde will be so missed. Rest in peace.