So long, split rumors! Paulina made it clear that she and her fiancee were A-OK when she planted a big kiss on his cheek at the Ryder Cup. See for yourself!

Paulina Gretzky, 29, made a major statement when she deleted all the photos of her fiancee Dustin Johnson, 34, from her Instagram account — but that was two weeks ago and she’s making a much different statement now! The social media star was at the Ryder Cup in Paris to support Dustin when the pro golfer helped his team beat out Europe. To celebrate, Paulina flung her arms around her fiancee and planted a big ol’ kiss on his cheek. She looked incredible as always with her hair curled and her makeup on point. She even matched her fiancee’s navy blue striped tee in a puffy blue jacket. Aw!

After wiping her social media clean of her fiancee, reports emerged that socialite Yassie Safai was the reason why. “Every relationship goes through its ups and downs, but most importantly, we love each other very much and are committed to being a family. Thank you for your love and support,” Dustin fired back in response to those cheating accusations. Since then, we’ve seen these two looking back to normal and better than ever in Paris for the golf tournament. In fact, they attended the Ryder Cup Gala on Sept. 26 at the Palace of Versailles and were all smiles. And can we just say, Paulina stunned in a strapless gold gown.

She and Dustin don’t just make a cute couple — they also share two adorable children together! Pictures of their daughters Tatum, 3, and River, 1, are often on Paulina’s Instagram and melt our hearts every time. 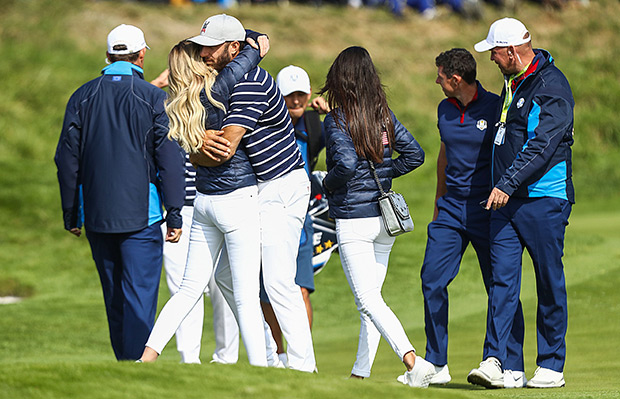 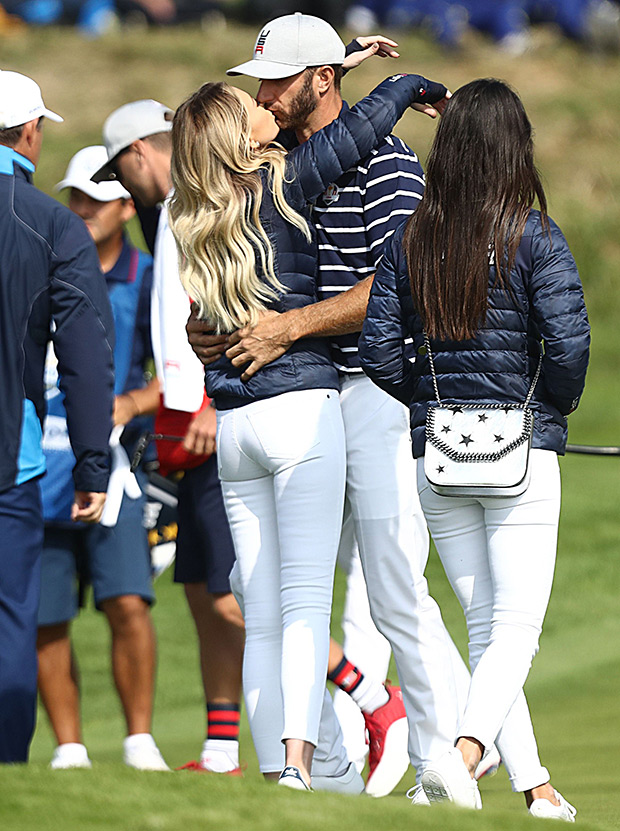 We love this family of four, and it’s great to see them displaying such sweet PDA after so many wild rumors. Wishing them all the best!