The Kar-Disick family is on the move! Exes Scott & Kourtney have come together to take their three kids on a family trip and we’ve got the pics.

No plus one’s allowed aboard this private jet! Scott Disick left girlfriend Sofia Richie, 20, behind in LA to take a family getaway with ex Kourtney Kardashian and their three kids on Sept. 28. The 35-year-old is seen in an Instagram stories pic snuggling with their youngest son Reign, 3. He was seated in his daddy’s lap as Scott looked out the plane’s window through a pair of dark sunglasses. We don’t get to see the youngest Disick very often and boy he is such a cutie. It looks like he still has super long hair that has been pulled back into a ponytail.

Daughter Penelope, 6, is seen in her own seat across the aisle and behind Scott being the well-behaved little lady that she is. Mama Kourtney, 39, isn’t seen in the pics but we know she’s aboard the plane. She posted an IG stories photo of oldest son Mason, 8, seated in one of the jet’s luxury tan leather chairs with the caption “what a guy.” Earlier she posted a photo of Reign in his car seat on the way to the airport and he’s wearing the same clothes as he is in Scott’s lap.

While Scott and Kourtney co-parent their brood, its rare when they do it together and share pics of it. Usually one or the other has the kids, and Sofia has proved to be a loving possible future step-mom to the children. She’s frequently photographed with Scott as they take the kids out to eat or on shopping trips. Hell, Scott even brought Sofia on a spring break trip to Mexico with his kids! No wonder she’s able to bond with them as she’s closer in age to Mason than she is to her own boyfriend Scott. 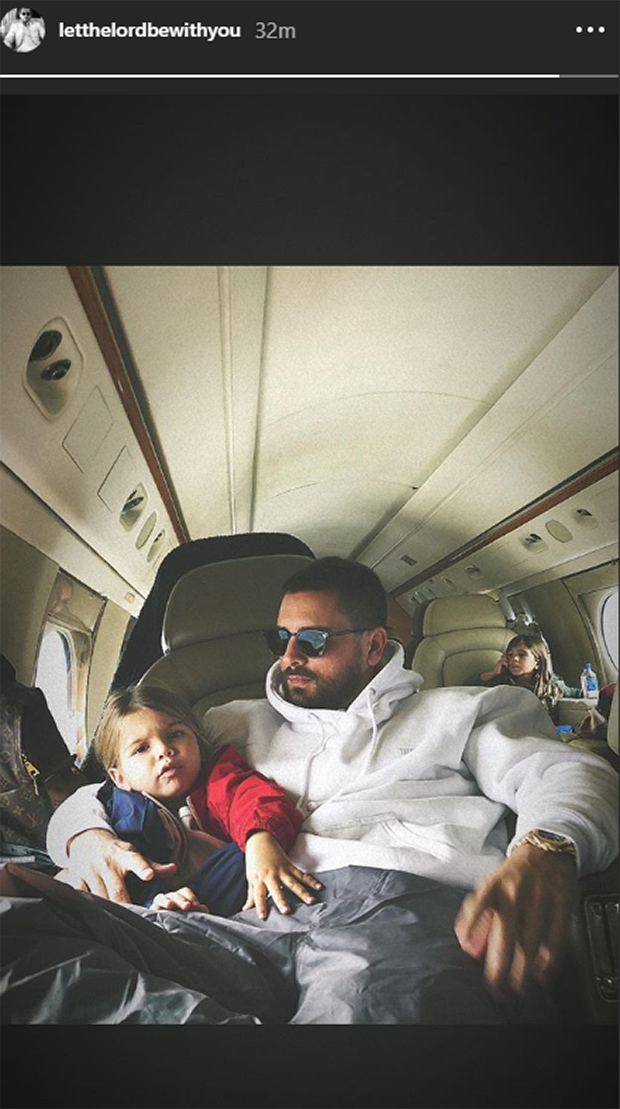 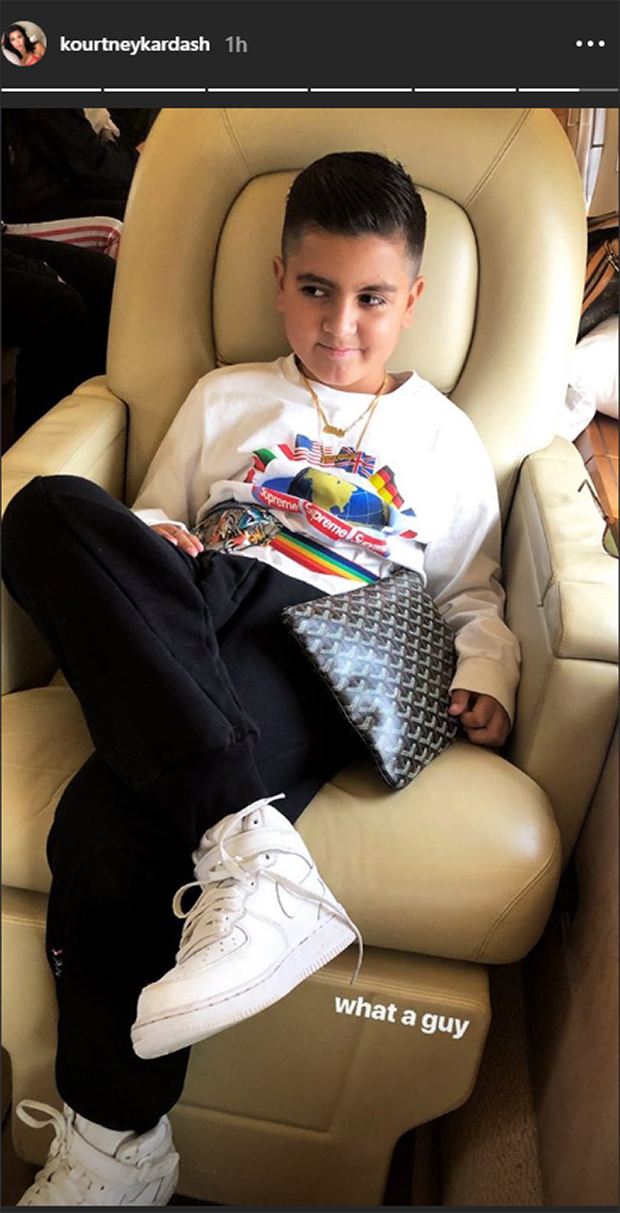 Neither of the former couple mentioned where their clan were headed. Maybe Kourtney and Scott are going away to make another baby together? Kim Kardashian, 37, revealed in a new clip for the Sept. 30 episode of Keeping Up With The Kardashians that Scott texted her and told her he wants one more child with Kourtney. That was something Kim was totally excited about! Kourt’s always been down for baby number four and has wanted to keep the continuity of their kids all having the same dad. Ouch! That’s got to hurt Sofia.