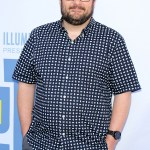 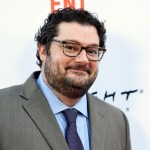 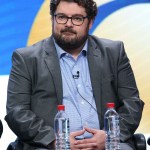 ‘SNL’ season 44 premieres Sept. 29! HL spoke EXCLUSIVELY with former cast member Bobby Moynihan, and he revealed his best advice for the cast, including what you must wait until your third year to do.

Bobby Moynihan, 41, left SNL after season 42, and the show changed him forever. Over the course of his 9 incredible seasons, the actor learned so much as a comedian. HollywoodLife talked with Bobby EXCLUSIVELY at the Star Wars Resistance press tour about Saturday Night Live and what he advises the season 44 cast members to do and what not to do.

“The advice I could give now by being off the show for awhile is useless because the advice that I would say is just enjoy it. Now that I am off the show, I wish I just took it less serious. I loved it so much,” Bobby told HollywoodLife. “And I mean, I am a big Star Wars fan, and I am sure you can tell, and I loved SNL just as much. You just want to do a good job, and you just want to make Lorne [Michaels] happy. Every week you are auditioning for a show that you are already on and it’s hard. It changes you. I was a really nice little idiot before I got the show, and now I am a panicky little idiot because of it. It just changes you. It’s just the show. That is it, for nine years the only thing that mattered was being ready for Saturday. That was it. And now I wish I was like, ‘I’m on SNL, this is great! This is great. and I am going to enjoy it.’ And I did, I enjoyed it a great deal. I would also tell them that anything they have that you love and want to do really bad, don’t do it until your third year because it is going to get cut, and it’s not going to be right until your third year. That is when you start to get it and where you can kill and do it right! Anything I did in the first season I wish I waited and done in my last. Will Forte did that. He wrote something early on and he said, ‘I am going to keep it to the very end.’ And he did it on his last season, and it was amazing and I was like the foresight was genius.That guy is a genius.”