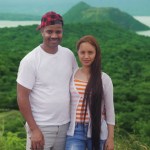 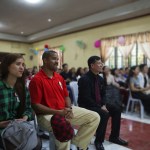 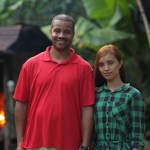 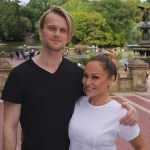 Hazel’s sister is not a fan of Tarik, and she hasn’t even met him! Hazel reveals that her sister doesn’t think Tarik is ‘serious’ about their relationship in this EXCLUSIVE ’90 Day Fiance: Before the 90 Days!’ preview!

The family drama continues for Hazel and Tarik on the Sept. 30 episode of 90 Day Fiance: Before the 90 Days. The couple sits down for food, and they end up talking about Hazel’s “crazy” sister. Tarik didn’t know that Hazel has a sister who lives in Japan. When Tarik asks about her, Hazel drops a bombshell on him: “She’s not happy. She said she really don’t like you. She wants me to marry a Japanese guy.” Take now that Hazel’s sister has never met Tarik. “She said you’re not really serious about me,” Hazel adds.

“I hope that me doing all of this, coming to the other side of the world, removes any doubt, any question that I definitely love you,” Tarik says to Hazel. “And I don’t care what anybody else says.” Hazel finds herself torn between the love of her life and her sister. Tarik can’t believe this is happening. He’s traveled across the world to be with Hazel! Her sister doesn’t even know him!

Tarik starts asking questions because he’s understandably confused, and Hazel doesn’t know how to answer them. “This is almost comical,” he says. “This is almost like a joke.” He wants to know why Hazel’s sister is so adamant about her marrying a Japanese man. Hazel then throws some major shade at her man. “Maybe that guy is very rich,” she says. That’s a low blow, Hazel.

The all-new episode of 90 Day Fiance: Before the 90 Days airs Sunday, Sept. 30, at 8 p.m. on TLC. In addition, a special live after-show will air at 10 p.m., with host Michelle Collins and more special guests!