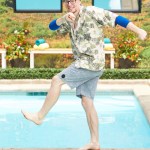 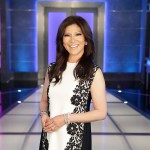 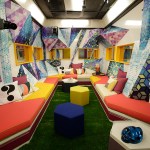 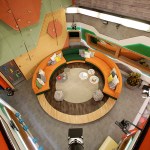 Kaycee Clark is a big deal! The only female finalist on ‘Big Brother’ season 20 is making waves in the news as a frontrunner to win the entire competition! Here’s 5 fast facts about her!

Kaycee Clark, 30, is breaking barriers on reality television! She is the only female finalist on season 20 of Big Brother, which is huge! The Big Brother 20 will air its 90-minute finale on Wednesday, September 26 at 9:30 PM ET on CBS. As the competition nears its end — with only a few contestants left competing for the $500,000 grand prize — here’s five quick facts about Kaycee!

1. Kaycee is a San Diego, California native. — However, she now lives in Scottsdale, Arizona. But, her move to AZ didn’t exactly go as planned. “I moved to Scottsdale for a girl, then broke up after a few months living there,” she said in her Big Brother profile. But, in the end, things worked out, because “[I] ended up staying there and made a new life for myself! Kaycee’s mother is Filipino and met my father in the Philippines while he was traveling in the Navy.

3. Kaycee is a professional athlete. — She is a wide receiver for the San Diego Surge of the Women’s Football Alliance and has played for the team in six of the past eight seasons. In 2017, she led her team in receiving yards and in touchdowns with five.

4. Here’s how she describes herself. — She’s described herself as “fun, positive, and athletic.” As for her favorite activities? She enjoys playing sports, working out, and personal development.

5. Big Brother is the only TV show she watches. — And, it’s a tradition that she watches the show with her father, she’s said.