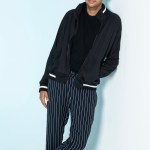 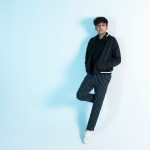 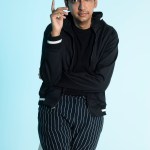 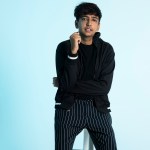 The original ‘Murphy Brown’ is well-known for ruffling the feathers of then-Vice President Dan Quayle. Nik Dodani, who plays Pat in the reboot, told HollywoodLife that the current Vice President will not be immune to Murphy’s reporting.

The Murphy Brown reboot couldn’t come back at a better time, and we can’t wait to hear Candice Bergen as Murphy Brown take on the current state of politics — specifically, President Donald Trump and his administration. When Murphy Brown was on the air in the late ’80s, the sarcastic and bossy FYI news anchor both commented on and experienced some serious topics of the time. For example, Murphy was a single mom, which, for some reason, angered then-Vice President Dan Quayle, who tried to use her as an example as to why “bearing babies irresponsibly is wrong.” As Murphy Brown prepares to return to CBS on Thursdays, new addition Nik Dodani told HollywoodLife.com EXCLUSIVELY that the show will definitely take on political figures, especially the current VP. “Murphy is fed-up. I think that’s why she’s getting back in the game. She doesn’t want to miss any of the action. As an an old-school investigative journalist, I think she is concerned about the state of media and the state of truth,” Nik explained on the HollywoodLife podcast. “She wants to get her voice in the ring.”

When asked about taking on Mike Pence, Nik replied, “We’re going after him, too,” adding, “Now it’s a tradition. I think we have to.” In ’92, George H.W. Bush‘s Vice President, Dan Quayle told a crowd, “Bearing babies irresponsibly is simply wrong…It doesn’t help matters when prime-time TV has Murphy Brown, a character who supposedly epitomizes today’s intelligent, highly paid professional woman, mocking the importance of fathers by bearing a child alone and calling it just another lifestyle choice.” In an unprecedented move, Murphy Brown aired pieces of the speech and had characters react to it. “Perhaps it’s time for the vice president to expand his definition and recognize that, whether by choice or circumstance, families come in all shapes and sizes,” Candice Bergen as Murphy Brown said at that time. In present day, it’s not far-fetched to wonder not if, but when Donald Trump will blast off a tweet after he is the butt of a joke on a TV show. “We are going to cross that bridge if we need to,” Nik said of possibly responding the criticism from Mike Pence or Donald Trump. “We’re just going to do the best we can by making the show.”

Be sure to tune into the Murphy Brown reboot on Thursdays at 9:30 PM EST on CBS, and listen to our full interview with Nik on the HollywoodLife podcast!