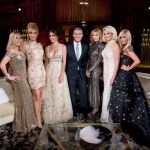 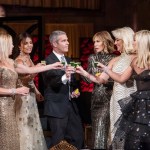 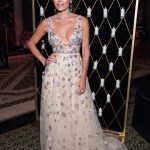 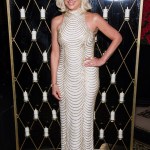 Did Carole Radziwill extend an olive branch to frenemy Bethenny Frankel? The reality star has shockingly revealed that she wrote her former co-star a note.

There may be some bad blood between Bethenny Frankel, 47, and former Real Housewives of New York City star, Carole Radziwill, 55, but that doesn’t mean they can’t support each other through hard times. Carole revealed that she sent her frenemy a note, following the death of her boyfriend, Dennis Shields, according to Us Weekly. “I did [it] the old-fashioned way. I wrote a handwritten note,” Carole told the publication on Sept. 25, regarding her way of reaching out. Was the note an olive branch for Bethenny?

Carole may have made a sweet gesture with her letter, but fans thinking this marks the end of a feud for the two, will be disappointed. Bethenny never replied to Carole’s message! However, the journalist, who announced her exit from the Bravo TV series this past July, said she understands why. “There’s no reason to respond back,” she added when speaking to Us. “I remember when my husband [Anthony Radziwill] passed away [in 1999]. I really appreciated people who wrote. Email was around, but not necessarily texting. But to get a note in the mail was really nice, and there’s no pressure to respond to that,” she said.

Bethenny’s on-again, off-again boyfriend passed away on Aug. 10, after suffering an overdose from oxycodone. The RHONY star is still fighting to keep her head up after the tragic loss, and she took to Twitter to open up to her fans about how she’s coping. “It’s hard to breathe and I appreciate you giving me the space & support to try to do so,” she tweeted on Aug. 26. Our relationship is current, so it’s painfully raw,” she also wrote in her post.

Both former friends sat face to face in a Sept. 5 installment of their show’s reunion, but showed zero signs of any reconciliation. In fact, it seems that the drama between these two hasn’t simmered at all! Following the show, Carole took to Twitter and slammed her fellow reality star, alleging that her company, Skinny Girl Cocktails, “shames” women. “Yes Bethenny was offensive. She makes money off of girls who she age shames & skinny shames. I think she should listen to some very good advise from my friend and re-brand. By the way, I believe B is turning 49 years old. It’s nuts, she said when tweeting a fan.