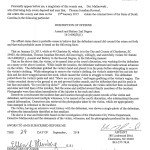 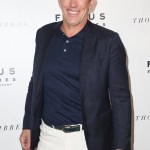 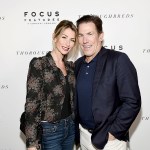 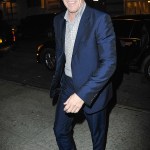 Thomas Ravenel in in some major trouble — again. The ‘Southern Charm’ star, who has been accused of sexual assault by two women, was arrested in South Carolina on assault charges!

Update: The Charleston police department told Us Weekly that Thomas had surrendered himself at 9 a.m. and noted the arrest was issued based off of a warrant from January 2015 (though the publication didn’t include any details about this incident.) His bail was set for $20,000 and he was released later in the day.

Original: Once again, Thomas Ravenel, 56, is in trouble with the law. The Southern Charm star – who has been accused of sexually assaulting two women – was arrested around 10 AM ET on Sept. 25 in Charleston County, South Carolina. He was booked on charges of alleged assault and battery second degree, according to Charleston Country Sheriff’s Office inmate records, obtained by E! News. The Charleston County Sheriff’s Office confirmed to E! News that, at time of this post’s publication, he was still in custody. The details surrounding his arrest are unclear, but Hollywood Life will update this post with news as soon as it is available.

This arrest comes more than six months after he was accused of sexually assaulting a woman he met on Tinder. Ashley Perkins claimed that during a date with her mother, Debbie, Thomas allegedly “stuck his fingers insider her vagina as well as her anus. Debbie ultimately ended up settling with Thomas over this alleged assault for $200k, and signed a non-disclosure agreement. Shortly after Debbie’s daughter – who didn’t sign a NDA – brought these allegations forward, Dawn Lewdell, 43 known as “Nanny Dawn” on Southern Charm, claimed that her former boss raped her in January 2015 while his baby daughter, Kensington, slept in the next room.

Thomas has denied the allegations, but the scandals seemingly forced him out of the Bravo reality-television show. “Along with Bravo, our client made the mutual decision not to attend today’s reunion taping as there is a pending investigation,” Andy Cohen read in a statement when Thomas didn’t show up for the Southern Charm reunion. “Our client is fully cooperating with authorities on that investigation. He expects to be completely vindicated once the investigation is concluded. He sends his best regards to his fans and his fellow castmates.”

“I’m not doing the show anymore,” Thomas tweeted in August 2018, confirming his exit from the show after starring on it for five seasons, according to People (his page is currently protected.) “In the contract they have the right to fictionalize your story. They took advantage of me. I decided I’ve got too much to lose and informed them I’m not coming back.”