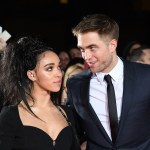 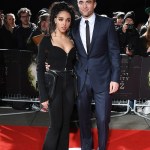 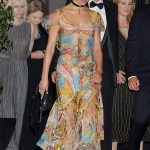 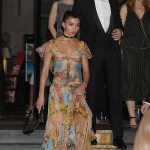 It’s always hard to learn your ex has moved on. So what does Robert Pattinson think about his former fiancée FKA twigs being romantically linked to Shia LaBeouf?

If there’s one downside to being a celeb, it has to be seeing pictures of your ex splashed all over the internet when they start dating someone new. So, should we be sparing a thought for Robert Pattinson? On Sept. 25 photos surfaced of his ex-fiancée FKA twigs, 30, out and about in London with actor Shia LaBeouf, 32. The two are being romantically linked nearly a year after the singer split from the former Twilight star. In fact a source tells the Daily Mail that Shia and FKA (whose real name is Tahliah Barnett) are dating. So what does R-Patz, 32, have to think about the new romance? Sources close to the star have spoken to HollywoodLife EXCLUSIVELY about his reaction.

According to one insider, Rob has zero problem with FKA moving on. The person claims, “It’s really not in Rob’s nature to get jealous. If FKA is with anyone he only hopes that she is happy. Whether it is Shia or anyone else he is OK with it because, in life and relationships, you have to move on.” Our source adds, “What Rob had with FKA was special, they had genuine fun. But to be upset for someone else having a good time would be foolish. Now if FKA was in any trouble, that would be a completely different story but he is only interested in her well-being when he thinks about her. He is extremely adult about it because he knows they are broken up for a reason.”

The insider also explained why Rob is super chill about FKA. It’s because he learned a valuable lesson from his most high-profile romance – you know the one with his Twilight co-star Kristen Stewart! The person adds, “He learned a lot with his relationship and matured quite a bit from Kristen. If he was younger there might be an issue but Rob is a 32-year-old man who has his priorities and emotions in check and he is absolutely on board with FKA’s happiness. Drama is not something he worries about and he won’t have it in this situation either.”

Another source echoes this sentiment, EXCLUSIVELY telling HollywoodLife, “Robert moved on quite some time ago. He was hooking up and having fun with Katy Perry much earlier this year, taking her to several local spots in Echo Park where he lives and loves to hangout. That was a fun fling for him. He moved on then and he’s still moved on now. He spent the summer with friends and was at his favorite place Chateau Marmont [in LA] constantly enjoying himself.” The insider added, “He seems really happy and content with where he’s at.” Good to know!