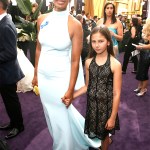 Padma Lakshmi says she was raped when she 16 and didn’t report it. Now, more than 30 years later, in an emotional op-ed, she’s revealing why she remained silent for so long.

Padma Lakshmi, 48, has opened up about a painful event in her life – the night she says she was raped by a boyfriend when she was just 16. The Top Chef host made the startling revelation in an emotional Sept. 25 op-ed for The New York Times. Padma wrote that, at 16 she started dating a 23-year-old man that she met at the Puente Hills Mall in Los Angeles. “I worked there after school at the accessories counter at Robinsons-May. He worked at a high-end men’s store. He would come in wearing a gray silk suit and flirt with me,” Padma wrote.

The model detailed their relationship, writing that her boyfriend would visit her home and chat with her mom. She added, “We were intimate to a point, but he knew that I was a virgin and that I was unsure of when I would be ready to have sex.” But Padma alleged that situation changed in a horrific way that she wasn’t expecting. “On New Year’s Eve, just a few months after we first started dating, he raped me,” she wrote. Padma said the alleged attack occurred after they had been to a “couple of parties.” She wrote, “Afterward, we went to his apartment. While we were talking, I was so tired that I lay on the bed and fell asleep. The next thing I remember is waking up to a very sharp stabbing pain like a knife blade between my legs. He was on top of me. I asked, ‘What are you doing?’ He said, ‘It will only hurt for a while.’ ‘Please don’t do this,’ I screamed. The pain was excruciating, and as he continued, my tears felt like fear. Afterward, he said, ‘I thought it would hurt less if you were asleep.’ Then he drove me home.”

Padma said that she didn’t report the rape – or tell her mom or friends about what happened – at the time. She only spoke about it publicly on Sept. 21 in a tweet. On the day that #WhyIDidn’tReport was trending Padma revealed that she was sexually assaulted not once or twice, but three times – when she was 7, then again at 16 and once again at 23. In her tweet about the second incident she wrote, “He was my boyfriend. ‘Date rape’ wasn’t discussed in the 80’s [sic]. I was horrified and ashamed.”

The second time I was 16 years old and a virgin. He was my boyfriend. "Date rape" wasn't discussed in the 80's. I was horrified and ashamed. #WhyIDidntReport

Padma decided to bravely tell her personal and painful story like many other women who were horrified after President Donald Trump attacked Dr. Christine Blasey Ford for not reporting in 1982 that now Supreme Court Justice nominee Brett Kavanaugh, 53, had allegedly attempted to rape her when they were both at a party when they were in high school. On Sept. 21 Trump tweeted, “I have no doubt that, if the attack on Dr. Ford was as bad as she says, charges would have been immediately filed with local Law Enforcement Authorities by either her or her loving parents.”

But Padma pushed back in her essay writing that she completely understands why both Dr. Ford and Debbie Ramirez (who has accused Kavanaugh of exposing himself to her at a party when they were both freshmen at Yale) waited more than 35 years to speak out. Padma, who said she didn’t initially “classify” what happened as “rape,” wrote, “Some say a man shouldn’t pay a price for an act he committed as a teenager. But the woman pays the price for the rest of her life, and so do the people who love her.” We applaud Padma for bravely speaking out.