If you weren’t already supportive of LeBron’s move to LA to play for the Lakers, he’s bringing his adorable kids to his movie premieres now — and that’s definitely something to cheer about!

LeBron James, 33, may be a beast on the basketball court, but when the jersey comes off, he’s a sweet family man! The former Cavaliers player just moved to Los Angeles as part of his contract with the Lakers, and now his fam is hitting the movie premiere scene. LeBron and his wife of five years, Savannah James, share three kids together — LeBron, 13, Bryce, 11, and Zhuri, 3. They were all at the Smallfoot carpet on Sept. 24 to celebrate the premiere of the cartoon flick, which the father of three stars in alongside Zendaya, but his daughter stole the show. The toddler was as cute as could be in her denim jumpsuit, matching cat ears and yellow sneakers, but what really melted our hearts was the way she held her dad’s hand as they walked the carpet.

But Zhuri wasn’t the only one who showed up to the premiere in style — or who sported snazzy sneakers. LeBron looked casual and cool in gray slacks, a navy blue tee and a black jacket. His wife wore jeans, an orange shirt and a colorful headband, while her two sons rocked white. Talk about a picture perfect family! We can’t wait to see them take on more premieres together, starting with Space Jam 2. His production company, Spring Hill Entertainment, confirmed on Sept. 19 that the Lakers player will officially star in the remake of Michael Jordan‘s classic movie.

He’s reportedly playing a big role when it comes to selecting music for the soundtrack, a source close to the athlete told Hollywoodlife.com EXCLUSIVELY. “He is already hearing from hip-hop artists that want to be a part of that and also to be a part of the film in some way, shape or form,” the insider said. “And with Drake’s acting past, music prowess and love of basketball, he wants to be an important part of this sequel. Drake thinks it would be a great opportunity to be a part of a film that is going to be so memorable to kids as the first one was to so many kids of the past.” 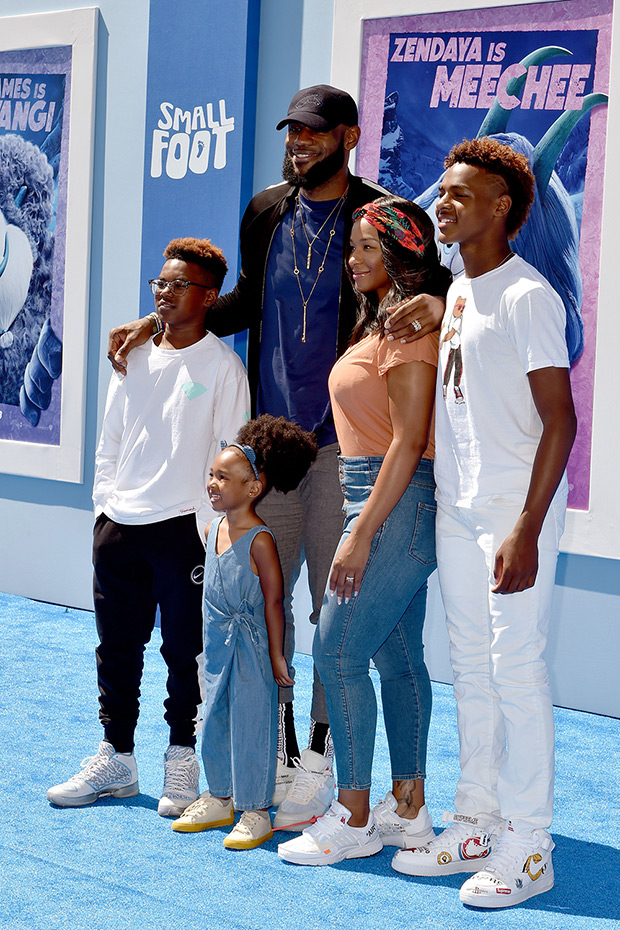 Sounds great to us! But we don’t just want to see Drake on the red carpet promoting Space Jam 2 when it finally comes out. We want the whole James fam to be there, too, looking just as stylish as they did at Smallfoot. Fingers crossed!