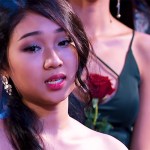 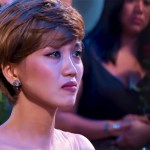 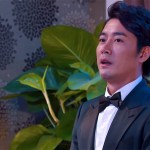 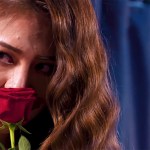 Most shocking rose ceremony, ever. Two women contestants decided to ditch the Vietnamese ‘Bachelor,’ Nguyen Quoc Trung, for one another…but there’s more! See it go down.

This takes the crown for the most unexpected moment on The Bachelor. Yes, even more than when Arie Luyendyk Jr. called off his engagement to Becca Kufrin! The Bachelor: Vietnam trumped the reality television series’ American version when two of its contestants, Minh Thu and Truc Nhu, left the show together, and not by the Vietnamese Bachelor Nguyen Quoc Trung’s request. But they didn’t pull a Megan Marx and Tiffany James move, who started dating after their run on The Bachelor Australia. No, Minh decided to confess her love to her fellow competitor in the middle of a rose ceremony, of all times! “I went into this competition to find love,” Minh, who did not receive a rose, told Nguyen in translated Vietnamese. “But I’ve found that love for myself. But it isn’t you. It’s someone else.”

Boom. After her confession, she proceeded to stroll up to one of the women holding a rose, Truc, and hug her! “Come home with me,” Thu asked Nhu in the video below. “Come home with me. Yeah?” Instead of giving her an answer right away, Truc walked up to the Bachelor. “I’m sorry, I really want to get to know you because you’re someone who made me feel special, and I haven’t felt that way in a long time,” Truc told Trung. Compared to the faces of the other contestants (and ours), Vietnam’s Bachelor does his best to stay unfazed!  “I want to ask, if you decide this, would you feel regretful? This doesn’t change my decision,” Trung tells Truc. And boy, he does not want her to ride off into the sunset with Minh. He added, “I’m not going to give this rose to anyone else.”

But those aren’t the only words the Bachelor, and the show’s surprised host, had to say. Watch the rest of their reactions in the video below. Trung’s pleading did not persuade Truc, who ended up handing back her rose to him! Ouch. However, Trung’s convincing reportedly worked in the long run. As seen in a screen grab from the show, Truc apparently changed her mind by the end of the episode, according to NextShark. “After talking to Trung, I’ve changed my mind to accept this rose and continue this journey,” Truc said in the screen grab’s closed-captioning. So really, there was a double twist. Still with us?

Oh, what could’ve been. Many fans tweeted their joy that a same-sex couple (initially) got together on The Bachelor. “So a woman contestant on Vietnam’s The Bachelor confessed her love for another woman and they left together! I’M F***ING CRYING AMERICAN BACHELOR COULD ONLY WISH!! And it happened on TV in a country where same sex marriage isn’t legalized,” one fan tweeted on Sept. 21.