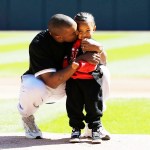 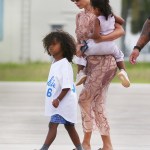 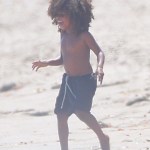 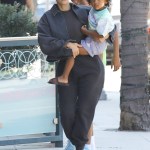 After announcing plans to move to Chicago, Kanye took his son there for a White Sox game and they had a ball! The father-son duo were too cute throwing pitches together. Who had the better arm?

Kim Kardashian, 37, and Kanye West, 41, treated two of their kids to the best weekend ever! North West, 5, made her runway debut in California on Sept. 22, and her little brother Saint West, 2, threw the first pitch at a baseball game with his dad the very next day. The Chicago White Sox were up against the Chicago Cubs, so who better to take on the pitcher’s mound for this iconic game than a Chicago native and his son? Kanye couldn’t have looked prouder as he walked out carrying Saint on his shoulders. The toddler, who was wearing a Chicago Bulls shirt, pitched first with his dad’s hands on his shoulders. Considering how teeny he is, his throw was pretty impressive — they must have been practicing!

Kanye threw the next pitch, making it a little farther than his son, although it bounced once before thudding into the catcher’s mitt. He didn’t wear an NBA shirt, but made his baseball loyalties clear with a White Sox jersey, a pair of gray sweats and white sneakers. There was a big smile on his face as he waved to the audience and posed for pics with Saint, who was holding tight to a lollipop. What a sweet moment! But it gets better… Kanye revealed in a tweet that the Guaranteed Rate Field they pitched at that day was the exact same field he threw a pitch with his late mom over a decade ago. Aw!

It’s so sweet to see Kanye in his hometown with his son, especially since he recently revealed he’d be moving back to Chicago. “Kanye’s latest visit to his hometown has him feeling emotional and really missing life in Illinois,” a source told Hollywoodlife.com EXCLUSIVELY. “Kanye loves how friendly and different all the people are in Chicago and thinks it would be a wonderful place to raise the kids so they could share the same childhood memories as their father.” 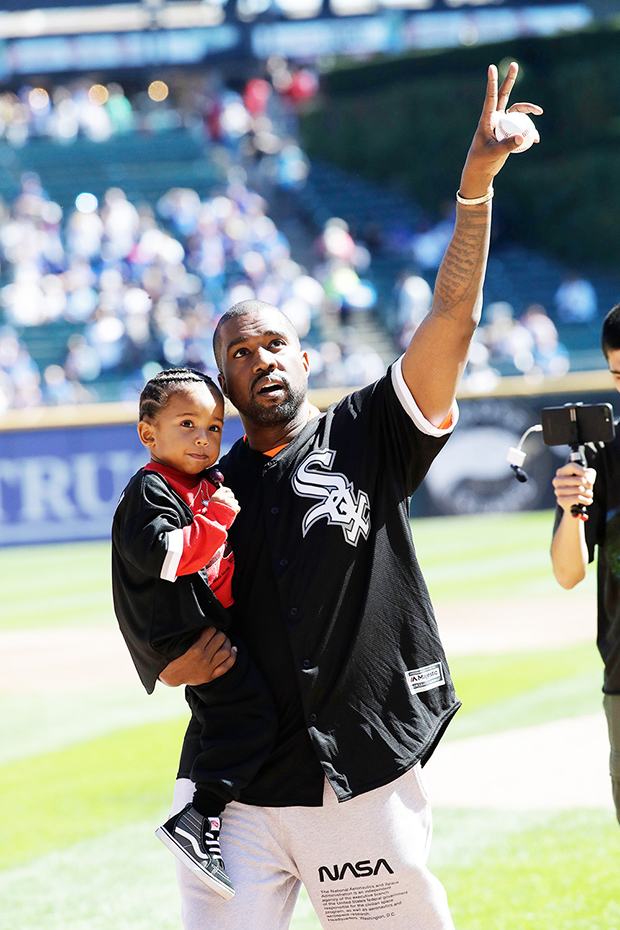 You know what that means! This pitch with Saint might be one of many more adorable moments the father-son duo will have in Chicago.

We just wonder what 8-month-old Chicago West was up to while her older sibs were strutting down catwalks and throwing pitches at MLB stadiums? Kind of hard to top a first fashion show and a first pitch.