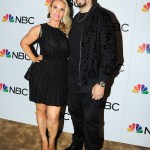 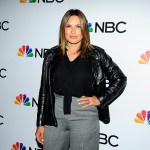 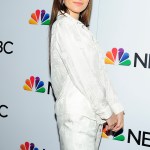 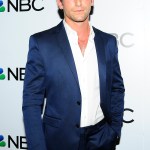 ‘Law & Order: SVU’s milestone twentieth season premiere Sept. 27. HollywoodLife spoke EXCLUSIVELY with Ice-T about what may be the ‘best season ever’ and his future on the show.

Law & Order: SVU is making history with season 20. The crime drama is now tied with Gunsmoke as the longest-running live-action TV drama series. HollywoodLife talked EXCLUSIVELY with cast member Ice-T, a.k.a. Fin, at NBC and The Cinema Society’s party for the casts of NBC’s 2018-2019 season at The Four Seasons Restaurant about all things SVU. “All I know is that they’re really trying to knock it out of the park,” Ice-T told HollywoodLife. “They want the best season this year ’cause they want to get the record, but they don’t want it to be given to us. The show is really hot this year. We’ve got five in the can, and I mean I think we might have our best season ever.”

Twenty seasons is a remarkable feat for a TV show. So, how long does Ice-T see the show continuing? “As long as there is a fanbase,” he said. “I don’t know if I’ll be on it forever because they must just go on forever, and Finn might need a walker or wheelchair. I mean, I’m on it for the ride. I’m on it until they tell me it’s over. I’m just lucky. People don’t know but they don’t keep shows on the air if fans don’t watch. Television is controlled by ratings, and ratings is the number of viewers, so when the viewers drop, the show will go away.”

Even after 20 seasons, Law & Order: SVU is still so incredibly relevant. Everyone has watched an episode of SVU at least one point in their lives, right? When we asked Ice-T why this show reaches so many people, he said: “One thing is that it’s a whodunit. Everyone likes a mystery. People get to play cop, they get to play detective. But then also, it’s therapy to a lot of women. In a regular homicide movie, the bad guy or the person dies. Our victims are still alive, so it has another level of healing that I think that’s our core fan base, women who really connect to it. And then also you have a strong female lead Mariska [Hargitay].” You got that right, Ice!

As for the possibility of seeing some familiar faces from seasons past, Ice-T revealed that there aren’t any “so far in the show.” Law & Order: SVU returns Sept. 27 at 9 p.m. on NBC with a two-hour premiere. The show will then air Thursdays at 10 p.m.