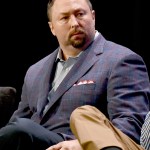 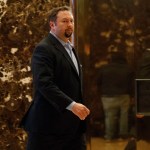 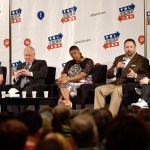 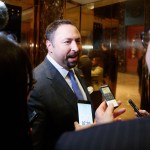 Jason Miller, who once worked for Donald Trump, has been shockingly accused of secretly giving an abortion pill to a woman after he allegedly got her pregnant during an affair.

UPDATE (Oct. 18 6pm ET): Jason’s team sent us the following information via email on Oct. 16, along with the formal complaint and declaration attached: “Jason Miller has obtained a signed Declaration from the woman referred to as ‘Jane Doe,’ confirming that all allegations against him are false, and that he and Jane Doe have never met nor had a relationship. As a result of all of this, Jason has filed a $100M lawsuit against Gizmodo Media Group, parent company of Splinter.”  Additionally, on Saturday, Sept. 22, Jason Miller’s attorney said there is “no validity to the false accusations made” in a court filing. He also said A.J. Delgado’s accusations “have already been disproven by at least one reporter.” After this statement was made public, the journalist referenced — Yashar Ali — took to Twitter and said, “I have not disproven such claims.” Jason Miller then tweeted that he “decided to step away” from his role as a political commentator for CNN to “focus on clearing my name”.

Jason Miller, a former Donald Trump aide, has been shockingly accused of giving an abortion pill to a woman without her knowledge after he got her pregnant during a secret affair. Court documents filed on Sept. 14 and obtained by Splinter, show the details of the disturbing case, which allegedly happened back in 2012 when Miller was working for the Republican advertising firm Jamestown Associates, and it’s causing quite the uproar all over social media and beyond. Here are five things you should know about the man being accused and the unsettling situation.

1.) He allegedly met the woman at a strip club and put the abortion pill in her drink. The club was said to be Rachel’s Gentleman’s Club in Orlando, FL and after the two had the alleged affair, the woman learned of her pregnancy. It was then that Miller allegedly slipped the pill in a smoothie he gave to the woman after bringing it to her apartment. “Unbeknownst to Jane Doe, the Smoothie contained an abortion pill,” the court document reads. “The pill induced an abortion, and Jane Doe wound up in a hospital emergency room, bleeding heavily and nearly went into a coma.” The unborn child died as a result and the woman had to be”hospitalized for two days, the abortion pill possibly reacting with potential street drugs in her system at the time she drank the Smoothie.”

2.) The accusations were filed by Miller’s ex-girlfriend, not the alleged victim. The court filings come from the legal team of A.J. Delgado, who previously dated and got pregnant by Miller when he was allegedly still married to his wife. Their affair happened in Oct. 2016 after he allegedly told her the lie that he was already separated from his wife. Delgado says that Miller was not only not separated, he was in fact, expecting a second child with his wife at the time of their affair but she had no idea. Delgado then learned she was also pregnant and had the baby six months after Miller’s wife gave birth. In addition to her court filing accusations about the other woman, Delgado and Miller are involved in a nasty custody battle.

3.) He denies the abortion pill accusations. “To be clear, there is no validity to the false accusations made in Ms. Delgado’s filing,” Miller’s attorney told Splinter in a statement. Delgado also previously accused Miller of sexual and physical abuse during their time together but he has denied those accusations as well.

4.) He was Trump’s spokesperson for his 2016 presidential campaign. He was also a member of the president’s transition team. He was offered a job to work as the White House communications director but when his affair with Delgado went public, he was forced to turn it down. He also worked as a former Trump campaign staffer.

5.) Miller now works for Teneo Strategy. He took the job after serving as partner and executive vice-president at Jamestown Associates. He’s also been working as a CNN political contributor since 2017. In the past, Miller worked as Coalitions Director for Darrell Issa, who tried to get the U.S. Senate nomination for California back in the 1998 GOP primary and went on to support Issa as political director for his 2000 campaign for a nomination in Congress for North San Diego County. In later years, he worked for other political candidates such as Jack Ryan, Mel Martinez and Virginia Senator George F. Allen.