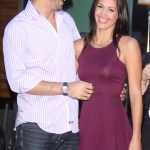 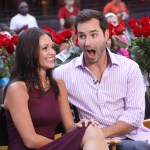 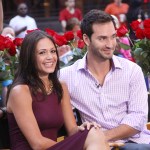 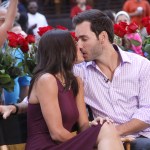 It’s no secret that love on ‘The Bachelorette’ isn’t always forever! But Desiree and Chris are still going strong five years later. What’s their secret?

Desiree Hartsock, 32, and Chris Siegfried, 32, fell in love with the help of reality TV — and they’re staying in it the same way! The Bachelorette couple, who tied the knot in 2015 and have their second baby on the way, are tackling their issues on this season of Marriage Boot Camp. But there is so much to their relationship behind the scenes that fans have never seen their camera. So if you’re wondering how they really make it work, you’re in luck! Chris and Desiree opened up about their marriage on the Hollywoodlife Podcast — and it all comes down to this. “We didn’t want any fame or fortune from it, we just wanted each other,” Desiree said about their time on The Bachelorette.

While that may not be the case for every contestant on the show, who may end up enticed by five seconds of fame and influencer status, Desiree and Chris had pure motives. “We both had not watched a whole season before, so we were just going into it open minded and not with expectations.” And with such an honest start, it’s no wonder they work so well! But every relationship has its ups and downs, and the couple tackle those with communication. While Desiree admitted she’s often tempted to leave an argument and escape to her room, “Chris is very communicative, especially for a man. He definitely wants to talk through things.”

And they got a lot of talking done on Marriage Boot Camp, mostly focusing on how their dynamic changed after having a baby. Their son Asher was eight months old when they started the show and now that they’re expecting their second little one, Desiree admitted, “We learned enough for two kids.” That’s so good to hear!

We just hope that Chris helps Desiree after she gives birth just as much as he did the first time around. “He was really good about making sure I was taken care of, but in the beginning, everything’s like clockwork, and it becomes your job,” Desiree said. “My job was taking care of Asher and his job was taking care of me, but we needed to take care of each other too, amongst that.”

It’s clear these two love each other. It’s amazing to see a couple care so much about their relationship that they’d try televised group therapy to make sure it was in the best place possible. All Bachelor and Bachelorette winners should look to these two for an example of a successful partnership. Here’s to five more years!