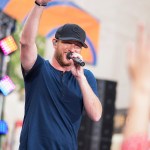 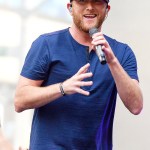 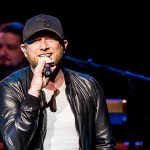 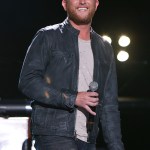 Cole Swindell released his top-charting third album ‘All Of It’ in mid-August, and if you haven’t been able to stop listening, we don’t blame you! Cole spoke to HL exclusively about his new record!

Just as we were finally starting to get Cole Swindell‘s hit “Chillin’ It” out of our heads, the country boy is back with his twelve-track album All Of It, and we have so many new favorites. “Seeing the fan’s responses to these twelve songs is making my day, every day,” Cole told HollywoodLife.com exclusively following the Aug. 17 release of the new album. From his upbeat jam “20 In A Chevy,” to the emotional “Break Up In The End,” Cole’s new album is an mix of songs that showcase his immense talent both in the recording studio and songwriting table. “‘Best song wins’ is always our approach so there’s no overall theme to the album,” Cole said, explaining how he decided on his twelve tracks. “I think All Of It is a perfect title for this entire album. It is an emotional roller coaster. Tracks one through twelve, you’ll get a little bit of all if it.”

However, the title track was a last minute addition to the new record. “‘All Of It’ was the last song we recorded on the album. I thought I was done recording, but when I heard ‘All Of It,’ I immediately knew we had to go back in and record it,” Cole revealed. “I felt like it was the song the album was missing. It’s also a good title for the album. We’ve got a little bit of every emotion you could possibly imagine in twelve songs.” We must say, we love listening to this vulnerable side of Cole!

Now, don’t think there’s no more fun and games for the 35-year-old Georgia native! He’s getting ready to embark on the Reason to Drink… Another Tour with Dustin Lynch! “I’m very excited to finally tour with Dustin Lynch. We’ve talked about this for years and finally we get to go out on tour together,” he said. “I love his music, and I love him as a person. He’s a buddy of mine, so I think that makes a perfect choice for a tour mate.” Lauren Alaina will once again be returning as Cole’s opener, so you know this is going to be a must-see show! It kicks off on Oct. 4, so you have some time to learn all the words to Cole’s new album, All Of It!