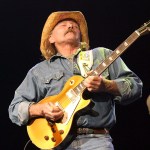 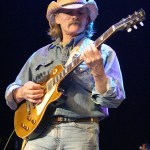 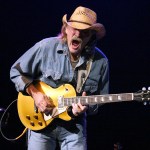 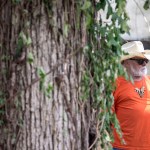 Oh no! Dickey Betts, 74, of The Allman Brothers Band, suffered an accident on Sept. 17 that left him in critical condition. Here’s what you need to know about the famed guitarist fighting for his life.

Dickey Betts, 74, was a long-time member of the rock group, The Allman Brother’s Band, and is widely considered one of the greatest rock guitar players of all time. Despite being the picture of health, the musician had a scary fall at his home on Sept. 17, that landed him in the hospital. According to his website, he is now in critical condition. As we keep Dickey in our thoughts, we’re sharing the top 5 things you need to know about the music icon.

1. Dickey is a founding member of The Allman Brothers Band.

The guitarist is an original member of the famed rock group, who got their start in the late ’60s. Throughout his years in the band, Dickey lived a life of true rock n’ roll glory, being known for his trashed hotel rooms and arrests. He unamicably parted ways with the the group in 2000.

Alongside his bandmates, Dickey received the ultimate honor in rock music in 1995. Presenter Willie Nelson honored the group on the momentous night, which included a six-minute performance of the Allman Brothers’ hit song, “One Way Out.”

Dickey’s status as a rock god was solidified in 1995 when he won a Grammy. The guitarist took home a win for Best Rock Performance with the band for the song “Jessica.”

4. His fall took place at home, and was a complete accident.

According to a statement posted on social media and his website Wednesday, the “Ramblin’ Man” singer-songwriter was in his backyard playing with the family dog when he “slipped and cracked his head,” which ultimately caused “bleeding from the brain.” “It was just a few days ago that Dickey was telling me how excited he was to get back in front of the fans on November 1,” his manager, David Spero said. “It is very unfortunate, for all involved, that we need to cancel those shows. Please add Dickey into your thoughts and prayers.”

5. He will have to undergo brain surgery following the incident.

Dickey is set to undergo brain surgery on Friday, Sept. 20, in order relieve swelling. “Betts has been sedated at an undisclosed local hospital following the accident Monday evening at the Osprey home he shares with wife Donna,” his site also said.

According to Dickey’s manager, he is now in stable condition. We’re keeping the musician in our thoughts, and hope he will make a full recovery.