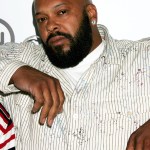 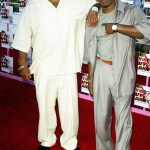 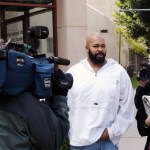 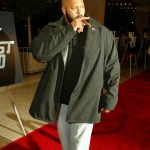 The verdict arrived on Sept. 20. Suge Knight, the former CEO of Death Row Records, will serve 28 years in prison after killing Terry Carter in a hit-and-run. Fans think justice has finally been served.

Suge Knight, 52, pleaded no contest to manslaughter on Sept. 20, and was given a 28 year prison sentence in exchange, CNN reported. The co-founder of Death Row Records is going to prison on Oct. 4 for running over and killing the co-founder of Heavyweight Records, Terry Carter, with a truck. It happened near the filming set of Straight Outta Compton in 2015, where he also struck actor Cle Sloan, who survived the attack. More than three years after turning himself into the LAPD, many Twitter users are voicing the same sentiment: karma has been served. Even before the hit-and-run, former LAPD detective Greg Kading accused Suge of allegedly arranging Biggie Smalls to be shot, who died six months after Tupac Shakur in 1997. Supposedly, it was revenge for Biggie.

“Suge Knight got 28 years damn that karma do come back,” one user tweeted following news of his sentencing tonight. “They say that if you make it doing ppl dirty life will get you dirtier, Suge Knight is a perfect example, our generation knows that he was a top dawg in the game for a while and was know for being violent to ppl, now he’s sentenced to 28yrs,” another person tweeted. And one Twitter user especially fumed, writing that he “blame[s] Suge Knight for EVERYTHING bad that happened in Hip Hop in the 90’s. Don’t care if he wasn’t there, I blame him anyway. He’s just THAT evil of a soul. 28 years in prison will do him some good.”

Although the rap mogul’s record label boasted the most respected names in the hip hop industry like Dr. Dre — whom he co-founded the record company with — and Tupac, Snoop Dogg and Outlawz, he’s been at the forefront of controversy for years. He was booed at the 1995 Source Awards for dissing Sean “Diddy” Combs on television, then was accused of allegedly threatening N.W.A.’s former manager, Jerry Heller, and Eazy-E. You can read further into that accusation and more facts about Suge here.

When Tupac fans find out Suge Knight is trending for catching a case for 28 years? What? pic.twitter.com/QNPDOP8kfk

Many fans are still convinced Suge was responsible for Tupac’s murder in the ’90s, as the tweets above show. But as one Twitter user put it, “Well folks, that’s how the Suge Knight story ends.”