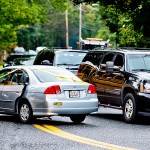 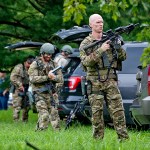 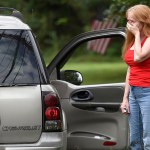 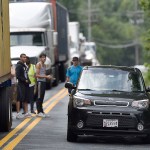 At least three fatalities have been reported, after a shooting broke out at a Maryland-based Rite Aid facility on Sept. 20.

At least three people were dead on Thursday, Sept. 20, after a “horrific shooting” took place at a Maryland distribution center, a law enforcement official told The Associated Press.  Police have reported there were “multiple victims,” and the Harford County Sheriff’s Office confirmed the shooting took place near Spesutia and Perryman roads in Aberdeen. The first shots were reportedly fired just after 9 a.m. at the “Liberty Support Facility,” which is a portion of the Rite Aid distribution center, according to Fox.

The shooting was carried out by a lone suspect, identified to be a female, who is in custody and in critical condition, police said. A Spokeswoman for the Rite Aid facility, Susan Henderson, told The Associated Press on Thursday morning that the shooting happened at a support facility adjacent to a larger building. A law enforcement official told Fox News the shooter may have been a woman and that the incident was no longer an active shooter situation as of 11:30 a.m. “We can confirm there was a shooting in the area of Spesutia Road and Perryman Road. Multiple victims. Please avoid the area,” the sheriff’s office tweeted,” after the shooting. This story is still developing.

The shooting comes one day after a gunman in Pennsylvania entered a court building and shot four people. No casualties were reported from the Sept. 19 incident, aside from the gunman himself, who has yet to be identified.