There he is! Carrie and her husband share photos of their son Isaiah all the time — but only the back of his head. That’s why this Walk of Fame appearance is such a huge deal. See his sweet face for yourself!

It’s official! Carrie Underwood, 35, and Mike Fisher, 38, have the most adorable son — and little Isaiah, 3, looks just like his dad! After years of mostly just getting glimpses of the back of his head, the country singer and the former NHL player finally showed him off. Fans have only seen his face a handful of times, but he was front and center when his momma received her star at the Walk of Fame Ceremony on Sept. 20. Isaiah was all smiles between his parents, one arm around each of their necks. And even though Carrie was rocking a perfect pregnancy ‘fit, it was hard to concentrate on the red trench coat covering her baby bump with Isaiah right there wearing a teeny vest, bow tie and skinny jeans. So stinking cute!

And if any fans ever wondered who had the strongest genes, Mike’s looks clearly won out with with this kid! Isaiah looks just like him. The fact that they’re wearing similar outfits in the sweet shots, not to mention sporting big ol’ smiles, only adds to their uncanny resemblance. All the toddler is missing is a little facial hair. Otherwise, he’s his dad’s twin! We can’t help but wonder Carrie’s second baby will take after her, or if Mike and Isaiah will get another lookalike. She hasn’t revealed the sex of her baby, but she has been wearing a lot of pink. Who knows? That could mean a little lady is on the way, and she could be Carrie’s mini-me!

But the real question is, will take Carrie and Mike this long to give us a good look at their second kid? We don’t know if we can wait another three years now that we’ve seen how adorable their oldest is. 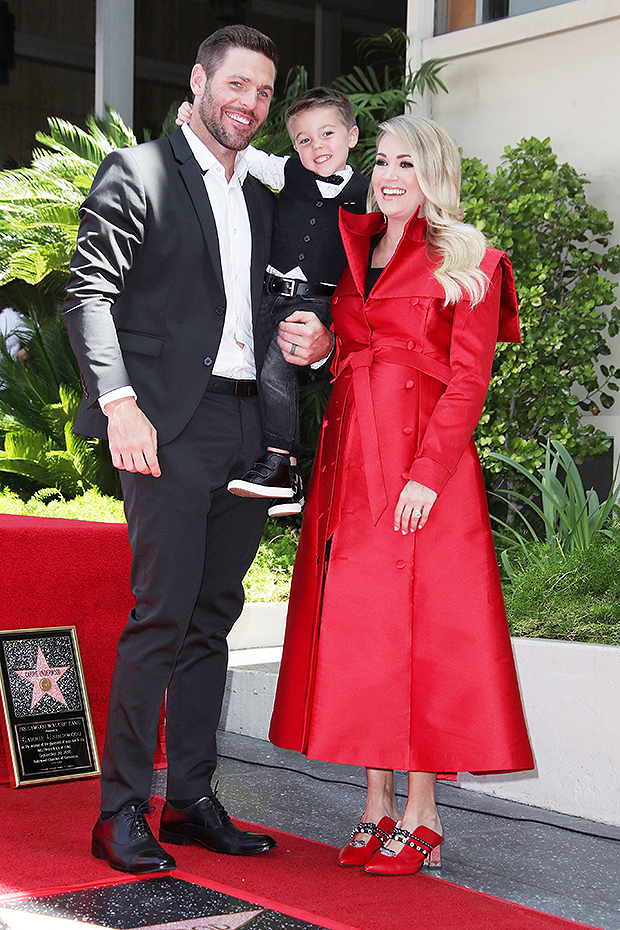 Even though Isaiah stole the show, we’re still super proud to see Carrie honored with a star on the Walk of Fame. The “Cry Pretty” singer definitely deserves the recognition!