Oh baby! After Anwar Hadid and Kendall Jenner were spotted kissing at a party, he emerged in Milan with a massive love-bite on his neck. Is she responsible for it? See the pics!

It looks as though Anwar Hadid, 19, and Kendall Jenner‘s romance is heating up, as he emerged in Milan on Sept. 20 with a big hickey on his neck — just hours after they went on a dinner date together. They’ve been friends for several years, but they sparked romance rumors after getting pictured kissing passionately at a party in June. They also recently made out on Sept. 5. So could this hickey just be another step in their ever-growing relationship? It sure seems that way! Both Anwar and Kendall, 22, who are in town for Milan Fashion Week, were pictured keeping a low profile on Thursday — Kendall in chic sunglasses and a snakeskin top, and Anwar in a simple grey t-shirt and trousers. Clearly, he wasn’t making any effort to hide his hickey.

Interestingly, Kendall and Anwar were pictured on a dinner date with his sisters, Bella and Gigi the night before, as they all enjoyed a bite to eat together. It’s not clear if he had the hickey on his neck at the time, but considering he and Kendall haven’t been able to keep their hands off of each other lately, it seems extremely possible that she’s the one who left the mark on his neck. But then again, they’ve yet to reveal they’re a couple or anything like that, so he could also be seeing another woman. See the dinner pic and his hickey below!

Despite Anwar and Kendall not yet being a couple, we recently learned — EXCLUSIVELY — that he has plans set in place to take their relationship to the next level. “Anwar is extra excited about being in Milan for Fashion Week because he’s going to be seeing Kendall while he’s there, he’s really looking forward to it,” a friend of Anwar’s told HollywoodLife prior to him arriving in Milan. “They’ll both be busy with work, but he’s very hopeful that they’ll get some one on one time together.” 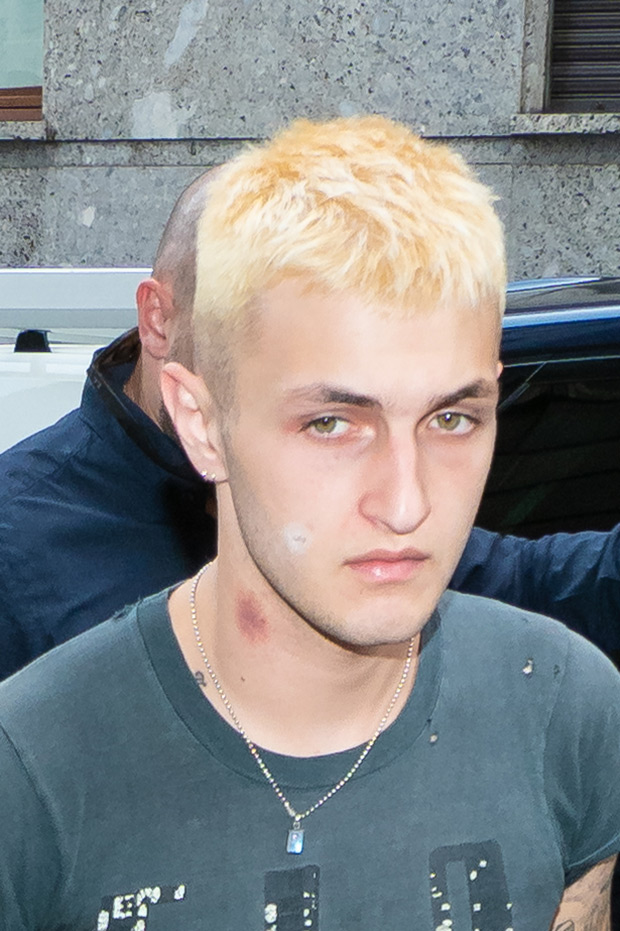 Well, it looks like they may have had that one-on-one time! “Right now things between them are still super casual, but he’s hoping that he’ll be able to romance her in Italy and take things to the next level,” our source added. Isn’t that amazing? We totally want to see these two become an official couple. Don’t you?!