Teresa threw her daughter a ninth birthday party that would have had followers green with envy if they weren’t so busy slamming the reality star. See the beauty look and belly-baring top causing the controversy!

Teresa Guidice, 46, has been celebrating her daughter’s birthday with one social media post after another ever since Audriana turned nine on Sept. 15. But while she threw her youngest a fabulous pink party, fans aren’t talking about the three-tier cake or the junk food spread — they can’t get over Audriana’s mature makeup look! It was clear she had on mascara and lip gloss when she celebrated with her family, and she sported the same for her party a couple of days later, along with a tiny crop top. “Your daughters are gorgeous but Lil Ms Audriana looks way too grown for a 9 year old,” one fan commented on the pic. “She should be dressed her age.”

But while most of the messages on Teresa’s posts have been following this negative trend, some have pointed out that Audriana’s gorgeous cake featured little lipsticks so maybe that was the theme of the party. Whatever the case, the nine-year-old does look much older than the age spelled out in pink balloons and candles. But with three older sisters, it’s completely normal for her to want to get a little glam for her birthday, right? It’s up to Teresa to monitor what her kids wear, and we doubt she’s going to let her Instagram followers keep her from okay-ing a crop top.

This isn’t the first time she’s been slammed for her parenting skills, though. Who could forget the time she bought Gia a BMW for her 17th birthday? 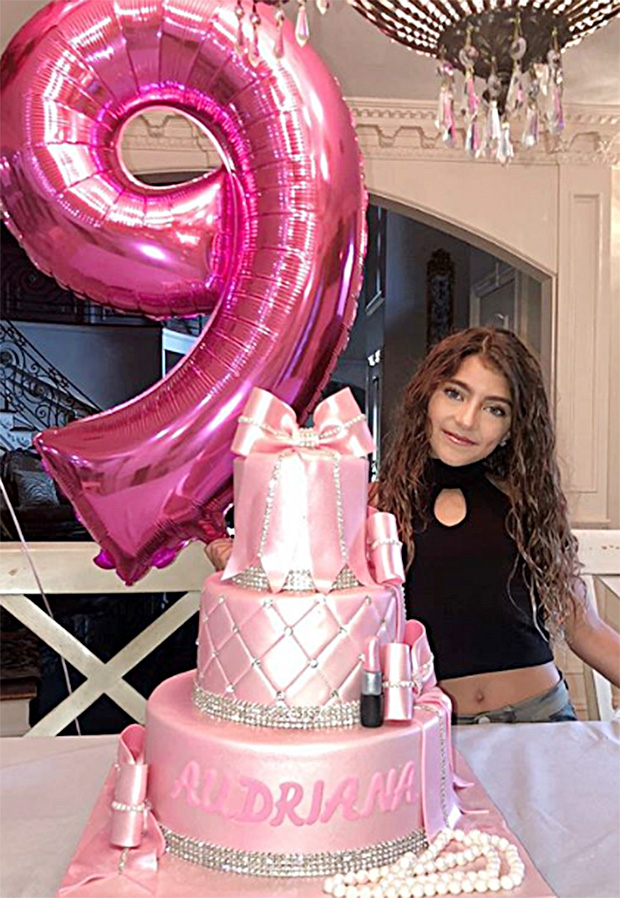 The Real Housewives of New Jersey star clearly adores her daughter and wrote the sweetest tribute to her on her birthday — so let’s focus on that instead! “Audriana you are sweetest most loving girl,” she said. “I know you’ll grow and do great things in your life! I’m so proud of how dedicated you are to your dance.”

Audriana looks like she had the best time, and what’s the harm in having a little fun with makeup to celebrate her big day? Here’s to hoping she and her mom didn’t let all of this criticism dampen their celebration!