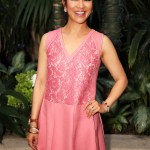 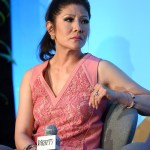 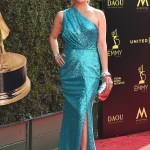 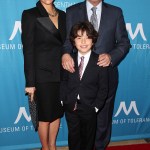 In the wake of her husband’s alleged sexual misconduct scandal, Julie Chen left ‘The Talk.’ Yet, she’s still the host of ‘Big Brother,’ and we have EXCLUSIVE details why that’s not going to change anytime soon.

Julie Chen, 48, seemingly followed her husband’s footsteps when she left The Talk on Sept. 18. Her departure came after Les Moonves, 68, stepped down from his executive position at CBS after being accused of sexual misconduct. Despite parting from her chat show, Julie will remain as the host of Big Brother. As we’ve previously reported, sources told TMZ that CBS doesn’t want her to go and she wants to stay. Now, sources close to Big Brother EXCLUSIVELY tell HollywoodLife.com that Julie “staying for the show this year and she is expected to continue with the show for the foreseeable future.”

“It was the right move to leave The Talk but as Big Brother continues, she anticipates being with the show for a long time. She doesn’t want to leave and there are currently no moves to push her out,” the source tells HollywoodLife.com. Julie’s departure from The Talk was the right decision for her and the family because, as the insider points out, the show is “all about what’s in the moment and what is happening in the world of pop culture.” With her husband’s scandal being “what’s happening,” she didn’t want to cause any awkwardness for her co-stars, or hinder the show’s progress.

“She didn’t want to be the reason for the show not to receive access to certain guests,” the insider adds. “She has a lot of respect for The Talk and the ladies on the panel and didn’t want to have them have to deal with the fallout of her husbands alleged actions.” Meanwhile, Julie doesn’t have to deal with that stress on Big Brother. “When it comes to Big Brother,” the source says, “that show is about Big Brother only, so there is no time for people to attack Julie on air.”

The shooting schedule for Big Brother, as previously reported, is less demanding than that of The Talk, so it won’t prevent her from spending more time with her husband and son (which she said was a priority in her teary good-bye message.) Plus, with Big Brother being more structured and “scripted,” the chances of someone confronting her about the sexual misconduct allegations are nil. Les, for those who don’t know, has been accused of forcibly kissing and touching four women during business meetings (and allegedly “physically intimidating” two others.) He has since denied all accusations.

“I want to thank everyone at the show for the wonderful years together,” Julie said in a recorded message that aired on the Sep. 18 episode of The Talk. “I will always cherish the memories we shared. Most important, I want to thank the viewers for allowing me into your homes every day. It was a privilege that I will forever be grateful for. For everyone behind the scenes, I send you my love. I will miss you all very much.” As for her possible Talk replacement, Real Housewives of Atlanta star Kenya Moore, 47, is reportedly lobbying hard to get the seat, as she’s “working overtime” to land the gig.