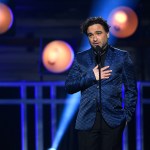 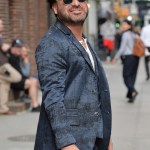 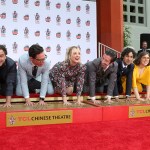 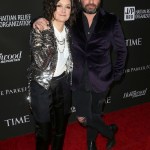 Johnny Galecki is in love. The ‘Big Bang Theory’ actor confirmed his romance with his much younger girlfriend over the weekend, when he took to Instagram with a sweet post.

Johnny Galecki, 43, and Alaina Meyer, 21, are officially dating! Johnny confirmed the relationship in an Instagram post on Sept. 17, where the couple, who have 22 years between them, posed for a sweet snap while on a date. From the looks of it, Johnny is smitten, as he could not keep his eyes off his lady love. “Last night was wonderful. Thank you #jefferykatzenberg,” he captioned the photo.

Alaina also shared a photo from the evening, giving us a peak at her and Johnny’s coordinating outfits. “Last night,” she captioned the photo. But this is hardly the first time the pair have shown their love for each other on social media. Back in August, Johnny tagged Alaina in a picture of the two of them on a motorcycle, while Alaina showed off her new “JG” tats–Johnny’s initials– on Sept. 1. “Gone country and branded by babe,” she captioned the post.

Alaina also visited Johnny on the set of Big Bang Theory on Sept. 6, and posted a photo of her and a pal joking around. “Keeping it spicy & salty#bigbangtheory,” she wrote. The couple even visited the Bahamas in August, but didn’t tag each other in any posts, although Johnny did post a photo of him hugging a woman on the beach, whose only identifying mark was a thigh tattoo. Turns out, it was Alaina, as she posted a photo of her laying on the beach, where the same thigh tattoo can be seen. 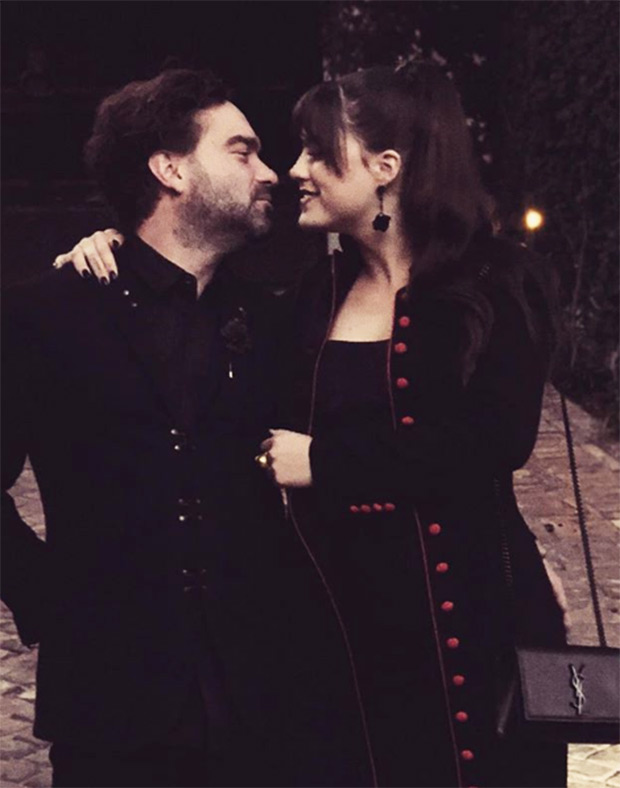 Johnny previously dated costar, Kaley Cuoco for two years, before calling it quits in 2010. The exes remained close and Johnny attended Kaley’s wedding in July and gave his friend a sweet shout out. “Couldn’t be happier for my fake wife @normancook and @mrtankcook whose words brought us all to tears last night. So much love for you both,” he captioned the July 1, post. We wonder if Johnny and Alaina will be walking down the aisle any time soon?kpj