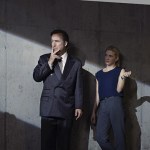 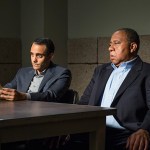 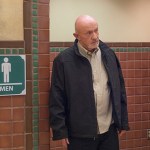 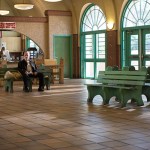 Bob Odenkirk has revealed that fans will finally see what his slimy alter ego Saul Goodman is up to in a post ‘Breaking Bad’ world on ‘Better Call Saul.’

After Breaking Bad ended in 2013, fans were treated to a prequel centered around meth lord Walter White’s attorney Saul Goodman, played by the brilliant Bob Odenkirk. Only it turns out he was once a good guy, small time attorney named Jimmy McGill, as we find out in the six years before he took on Walter as a client to help launder his meth earnings. As the show’s fourth season is now underway, Bob tells HollywoodLife.com EXCLUSIVELY that viewers are finally going to get to see a time jump to Saul’s post-Breaking Bad life where he’s living under a new name as manager at an Omaha Cinnebon franchise.

“Well I think what is happening is what needs to be next. The sad thing is my character is turning into Saul Goodman and he is an awful guy. I know it is fun to watch for all of you, but he is a snake and we are saying goodbye to this really sweet guy so I guess what is next is more tragedy,” the 55-year-old actor explained to us at the HBO Emmy party.

“And then we will see what is after the world of Breaking Bad, which I think is very compelling to me as a fan of both of these shows. What is the wreckage after? We will get to see this guy Gene, Jimmy, Saul and then he is Gene so maybe we will seek him after Breaking Bad,” he continues.

Saul’s character never appeared in the Breaking Bad series finale “Felina.” He was last seen holed up with Walt in the basement of a vacuum shop as Ed the extractor was working to get both men out of Albuquerque with new identities as the Feds were closing in on them. Walter was headed to New Hampshire and Saul to Nebraska as seen in the penultimate episode “Granite State.” On Better Call Saul, we’ll learn more this season about his life as Gene Takovic, an Omaha Cinnebon manager keeping a low profile after making it safely out of Albuquerque.